Blast from the past returns to the A's games in Oakland 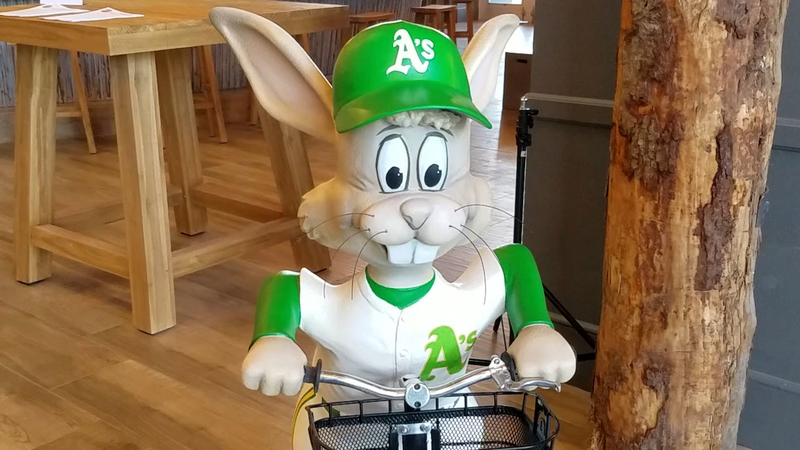 A fan favorite of the Athletics first seasons in Oakland is back at the Coliseum.

His name is Harvey the Rabbit.

"Harvey first came to the A's in 1968 in Oakland. He was operated behind home plate. He was inside the field, came up and down to deliver baseballs to the umpires," said Troy Smith, vice president of marketing for the team.

The original Harvey the Rabbit was the brainchild of former A's owner Charlie Finley, who rolled out many gimmicks to attract fans, including a mule named Charlie O.

It made its debut while the team was still playing in Kansas City and made the move to Oakland in 1968. It was last used in 1971.


WATCH: Footage of Harvey the Rabbit in action during a Kansas City Athletics game


The A's re-engineered the rabbit for their 50th anniversary in Oakland to honor its past history.
The new version is on wheels and carries a wire basket that will hold baseballs.

"He is going to be delivering the ceremonial first pitch ball every game, and hopefully Major League Baseball will allow Harvey to roll out and deliver the actual game balls to the umpires between innings," said Smith.

It took a local artist more than 100 hours to carve and create Harvey 2.0.

"I think fans, kids especially, are going to love Harvey," said Smith, who added that Stomper, the team mascot, is not going away.

The A's will have a Harvey the Rabbit backpack giveaway on May 26.