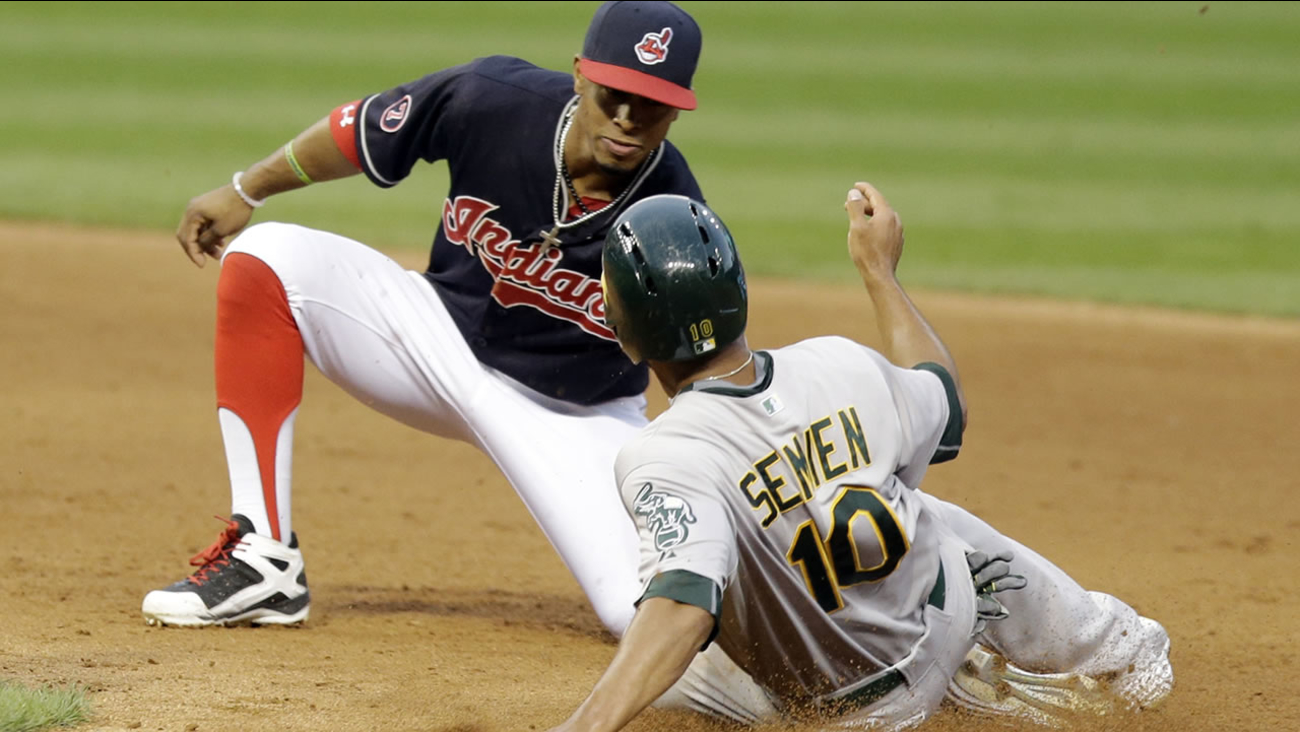 CLEVELAND -- After losing the last two games to the Yankees in New York, Oakland struggled again in its weekend series opener in Cleveland.