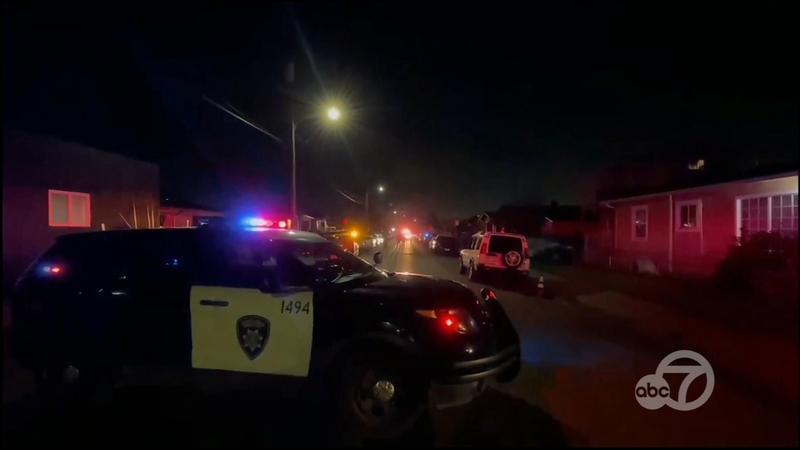 The collision occurred shortly after 8:45 p.m. at Rudsdale Street and 76th Avenue, one block south of International Boulevard.

Officers had tried to stop a vehicle in the 1300 block of 76th Avenue and the driver did not yield, according to police. Officers did not pursue him. He drove south on 76th Avenue until his vehicle hit another one traveling east on Rudsdale, police said.

Two of the three people in the second vehicle died, according to police. Following the collision, the man who fled from police tried to leave the collision scene on foot but officers stopped and arrested him, police said.

He's a 37-year-old Oakland man whose name wasn't immediately released, according to police. The third person in the second vehicle survived and she is in stable condition at a hospital. She was in the rear passenger seat.

Police don't know if alcohol or drugs played a role in the collision. The names of the two men who died were not available early Thursday morning from the Alameda County coroner's bureau because their families had not been told of the deaths yet.

Police are investigating the collision. Anyone with information is asked to call the department's traffic investigation unit at (510) 777-8570.