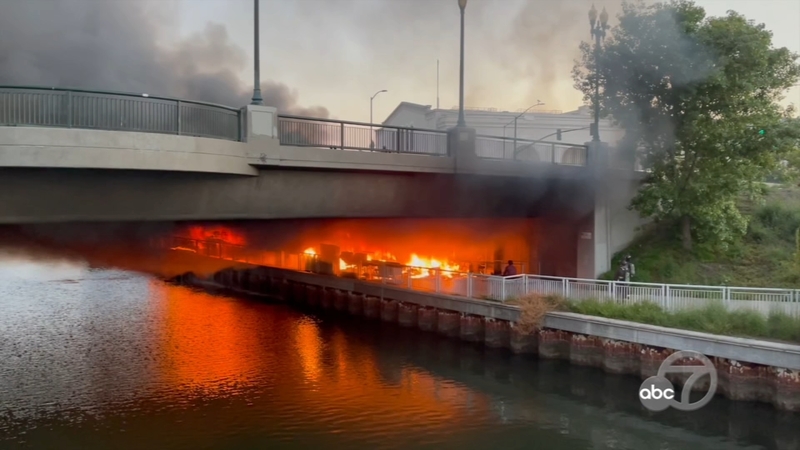 Fire breaks out under bridge near Oakland's Lake Merritt

OAKLAND, Calif. -- Oakland firefighters responded to a large encampment fire that broke out underneath a bridge near Lake Merritt Thursday evening.

An Oakland Fire Department spokesperson said the fire was first reported around 7:30 p.m. burning near 1200 Lakeshore Avenue. Several apartment buildings are located in the immediate neighborhood.

More than 20 firefighters worked to put out the blaze and thankfully, officials say no one was injured.