'This is not Oakland': Looting suspects came from out of town, city officials say 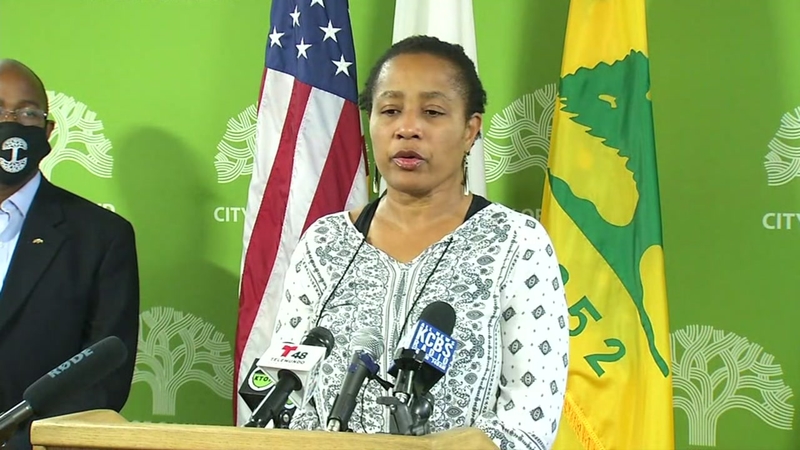 OAKLAND (KGO) -- Many of those arrested for looting in Alameda County over the weekend were from out of town, revealed Oakland's police chief in a press conference Monday.

Oakland Mayor Libby Schaaf said 60 people were arrested Sunday who were "clearly engaged in serious illegal activity." She said many of the alleged looters had targeted businesses in East Oakland and Fruitvale.

"These attacks last night were to business owners that are already vulnerable to this pandemic and that are the only services and beloved resources for these communities that are already suffering. So it was extremely painful," Schaaf said.

"How do we feel when interlopers come to destroy our city and exploit our pain? We are outraged. We are insulted. We are beyond angry. You know this is not Oakland," she continued.

RELATED: Here's what Mayor London Breed had to say to George Floyd protesters in San Francisco

"We don't do that to the memory of our fallen. This moment is too sacred in American history to play looting games. So that's not who we are."

Chief Manheimer didn't have a specific number available on how many of the suspects arrested were from out of the area and how many were residents.

Oakland, along with the rest of Alameda County, will be under a mandatory nightly curfew starting at 8 p.m. Monday night.

Take a look at the latest stories and videos about the investigation into George Floyd's death in Minneapolis.
RELATED STORIES & VIDEOS: