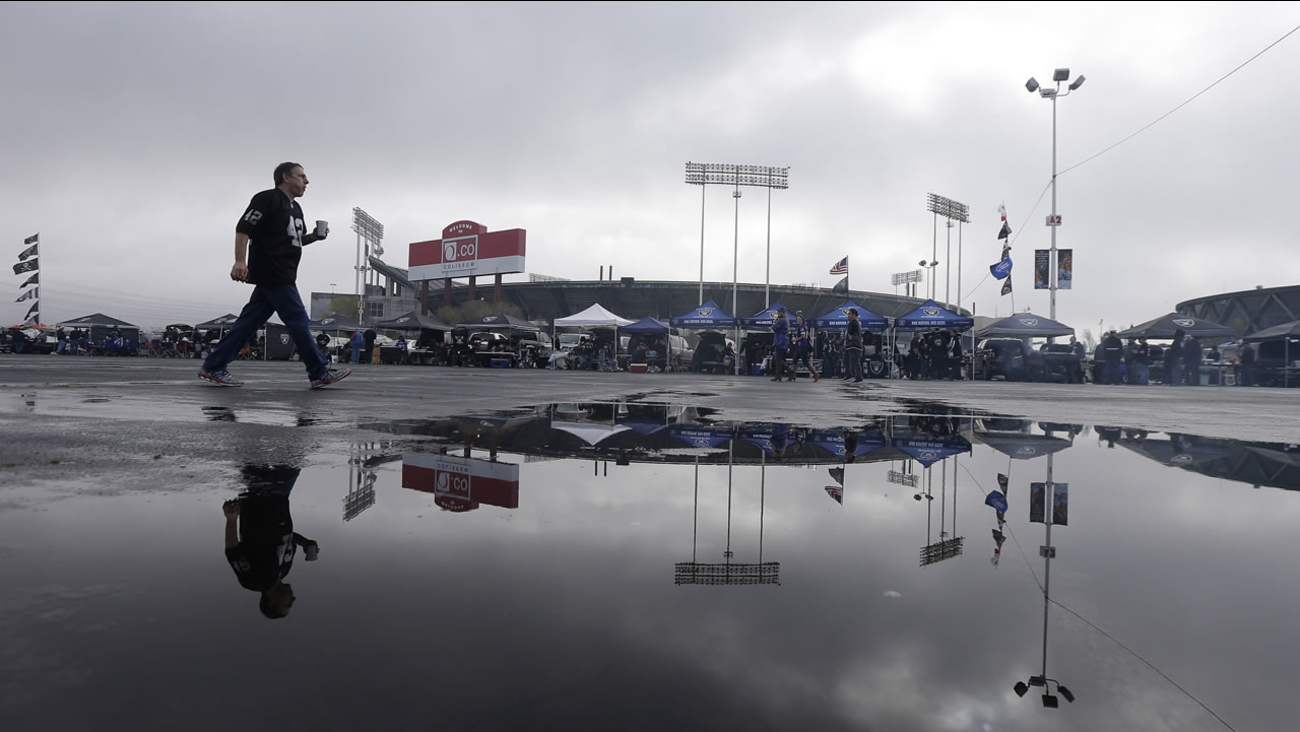 An Oakland Raiders fan walks past a puddle with a reflection of O.co Coliseum before an NFL football game in Oakland, Calif., Sunday, Dec. 21, 2014. (AP Photo/Jeff Chiu)

OAKLAND, Calif. (KGO) -- There could be a major shift in Oakland's long discussed Coliseum city project.

Mayor Schaaf and other leaders announced their support on Monday for another 90-day exclusive negotiating agreement with a San Diego based developer.

For the last two years, Oakland has struggled to recruit a major investor for its 120 acre Coliseum City project.

Schaaf said, "The city and county are joint owners of the Coliseum land. We got to be together in our approach to make a successful project happen."

However, the extension would come with a condition that allows the A's and Raiders to offer competing plans.

Some see the move as a way to get the teams more involved in the process and perhaps compete against each other.