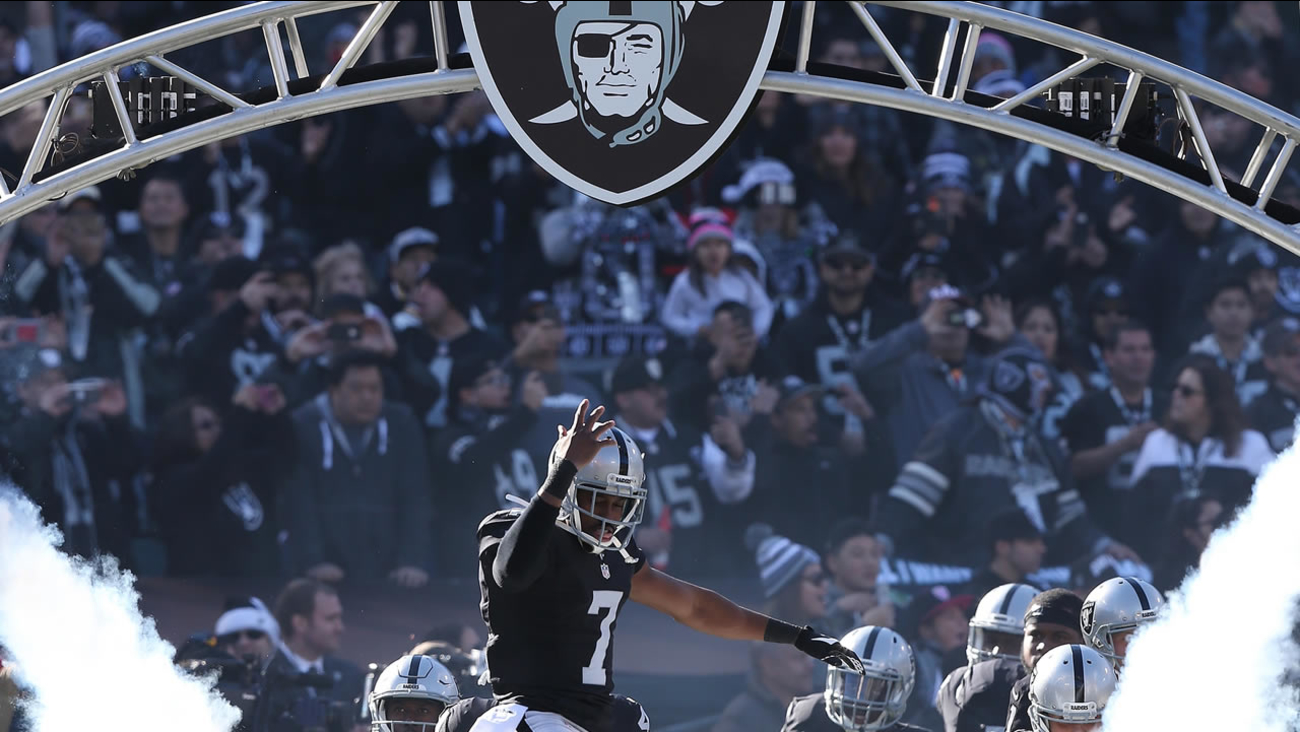 Oakland Raiders punter Marquette King during pre-game introductions at a game on Saturday, Dec. 24, 2016 at the Oakland Coliseum. (Daniel Gluskoter/AP Images for Panini)

OAKLAND, Calif. (KGO) -- NFL sources tell ABC7 News that the Oakland Raiders identified Bank of America as a new source of potential financing for a stadium in Las Vegas.

The Raiders and the bank outlined their plan before a meeting of the league's stadium and finance committees.

At this point, we don't know if the funding has been secured. The Raiders are looking to make up $650 million in funding that was lost when casino magnate Sheldon Adelson backed out of the deal in February.

ABC7 News has also learned that Oakland Mayor Libby Schaaf and football hall-of-famer Ronnie Lott made a presentation before the committee Monday, outlining the plan for a new stadium development on the coliseum site.

A vote on a potential move to Las Vegas could take place at the NFL owner's meeting at the end of this month.