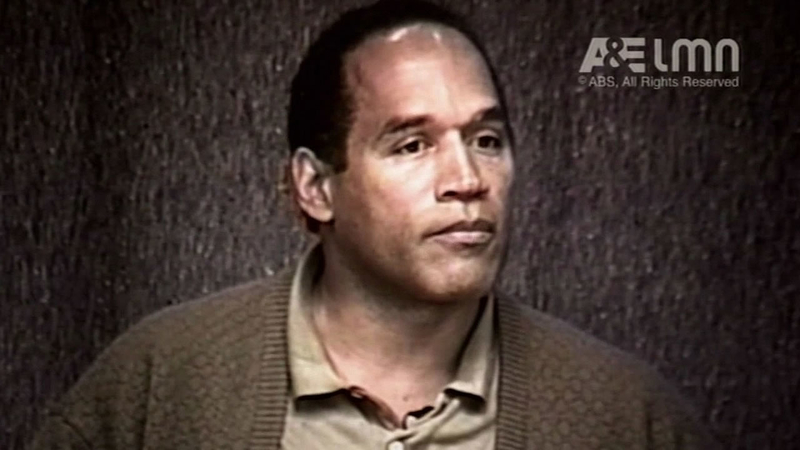 LOS ANGELES -- Although O.J. Simpson was found not guilty in the famous and much-disputed 1995 criminal case involving the deaths of his ex-wife Nicole Brown Simpson and her friend Ron Goldman, he lost a wrongful death civil suit brought against him by their families in 1997.

Simpson never took the stand at the criminal trial, so a jury would be hearing from him for the first time under oath.

Twenty years after Simpson was found not guilty in his criminal trial on Oct. 3, 1995, Petrocelli deposed Simpson for 13 days prior to the civil trial. The video tapes from this deposition will be featured in the A&E documentary, "O.J. Speaks: The Hidden Tapes," which premieres Oct. 1 at 9 p.m. ET., and the LMN documentary "The Secret Tapes of the O.J. Case: The Untold Story," which premieres Sept. 30 at 8 p.m. ET. (Both A&E and LMN are partly owned by ABC News' parent company, Disney.)

The documentaries feature interviews with key players and include the long-forgotten deposition tapes from the civil case Simpson lost.

In these deposition tapes, Petrocelli is seen grilling Simpson about his alleged role in the murders, covering everything from physical evidence to photographs of Simpson's shoes.

Only 9 percent of the U.S. population wears a size 12 shoe, according to Petrocelli, and only 299 pairs of Bruno Magli shoes in that size have ever been sold in the U.S., meaning it's not a common shoe, Petrocelli said. During the deposition, Petrocelli asks Simpson if he ever bought Bruno Magli shoes. Simpson says, "No."

"I know that Bruno Magli makes shoes that look like the shoes they had in court that's involved with this case, I would have never worn those ugly ass shoes," Simpson says.

When Petrocelli presses Simpson to elaborate on why he thought they were ugly, Simpson says he didn't like "the look of them, the style of them."

After Simpson says he thought the Bruno Magli shoes were "ugly," Petrocelli shows him a photograph, which was first published in the National Enquirer, showing Simpson wearing Bruno Magli shoes at a football game nine months before the murders.

"His story was, 'well yeah, that's me in the picture, but those are not my shoes,'" Petrocelli told "20/20." "He says, 'I don't remember what shoes I had on that day... but I didn't have those shoes on,' because he knew that those were the killer's shoes."

During the deposition, Petrocelli asks Simpson if the man in the photo was him. "It appears to be me, yes," Simpson responded. Petrocelli goes on to ask Simpson if he could describe the jacket he is wearing in the photo and asks if he remembered wearing it. To both questions, Simpson just says, "No." Then Petrocelli brings up the shoes again.

Petrocelli: "Looking at the close up of the shoes, can you believe that those were shoes that you owned at the time?"
Simpson: "No."