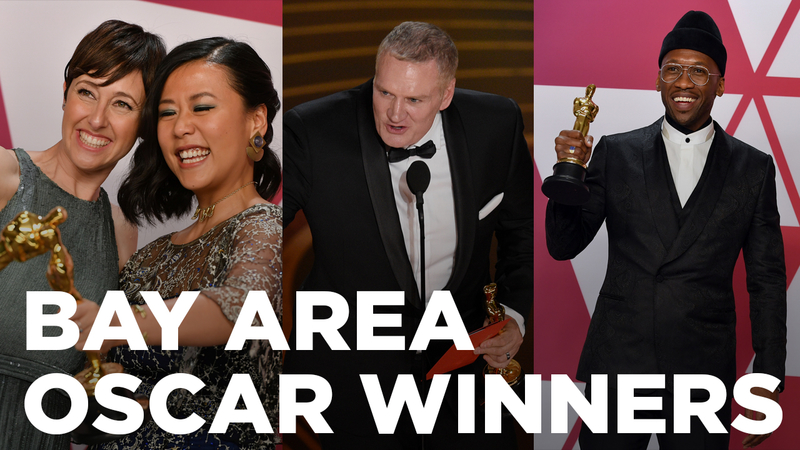 Oakland-born and Hayward-raised Mahershala Ali won the Oscar for Best Supporting Actor for his portrayal of pianist Don Shirley in "Green Book."

Ali studied drama at Saint Mary's College in Moraga. It was his second Oscar win.

The Academy also smiled on San Jose native John Ottman. He won the Oscar for Best Editing for the Film "Bohemian Rhapsody."

"This goes to my parents on their fireplace mantel," Ottman said. "Because they encouraged me to do whatever I wanted to do when I was a kid, whether it was writing music, which was a mystery to them, or making films in their garage on Normington Way in San Jose, California."

"Bao" by Emeryville's Pixar won for Best Animated Short. Filmmakers Domee Shi and Becky Neomann-Cobb accepted the award. The film is set in Toronto, but the filmmakers used the Chinatowns in Oakland and San Francisco for inspiration. "Bao" tells the story of an aging Chinese woman getting a second chance at motherhood when a dumpling she made comes to life.

The Best Documentary Oscar went to "Free Solo." The film is about former Cal Student Alex Honnold's ascent of Yosemite's El Capitan without ropes. Its cinematographer, Samuel Crossley, grew up in Moraga and went to San Francisco State University.

RELATED: What it's like attending the Oscars from start to finish

The winners in each of those categories gave heartfelt shout outs to Coogler.

"I stand here with agency and self-worth because of Ryan Coogler," said Hannah Beachler, winner of the Production Design Oscar for her work on Black Panther. "He not only made me a better designer, a better storyteller, a better person. I stand here because of this man who offered me a different perspective of life, who offered me a safe place, who's patient and gave me air, humanity and brotherhood. Thank you Ryan, I love you."