Who votes for the Oscar winners, how do they fill out their ballots? 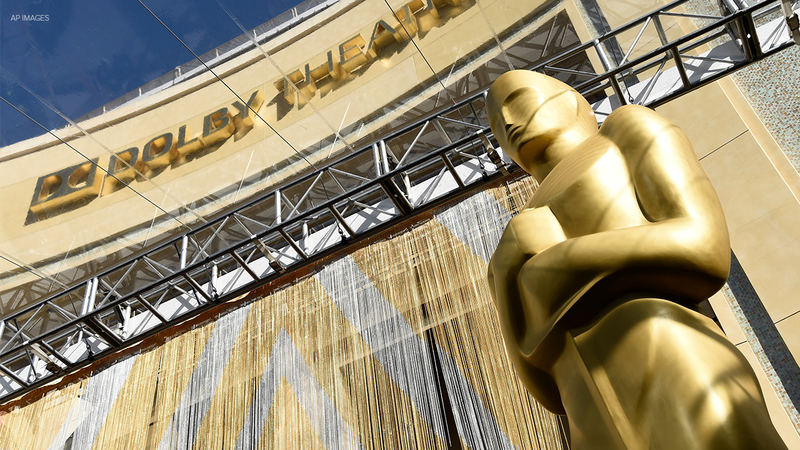 Who votes for the Oscar winners, how do they fill out their ballots?

LOS ANGELES, California -- Ever wonder how Oscar voters fill out their ballots? Eyewitness News entertainment reporter Sandy Kenyon sat down with some of this year's participants to find out how they vote.

It's a question asked often: just who gets to determine the winners of the Academy Awards?

They are members of the Motion Picture Academy, invited to join by their peers and there are fewer than 10,000 Oscar voters.

Some have names you know, but most do not. The actors branch of the academy is the largest, but they are outnumbered by thousands more voters behind the scenes.

Considered as a whole, the membership of the Motion Picture Academy has become more diverse in recent years.

Sandy Kenyon has a behind-the-scenes look at the Oscars red carpet.

"I took the change in membership very seriously and so I want to really look and truly watch and not be in your phone as you're watching these movies but truly focus on some of the films that don't get talked about as much," actor and Oscar voter Gabrielle Union said.

For filmmakers from around the world - so much is at stake!

"It's a privilege in fact, something I grew up watching the Oscars and I consider it an honor today that I get to vote for them," Michael Nathanson said.

Nathanson is a veteran studio chief who has been a voter for 30 years. He's a former Oscar nominee himself, but now he's CEO at IndieWorks: a company that uses new technology to distribute movies more efficiently.

The "Live" post-Oscars shows has become a tradition, placing Kelly Ripa and Ryan Seacrest in the middle of movies nominated for Academy Awards. Sandy Kenyon previews this year's show.

"It's a lifetime commitment I consider and it's a lifetime membership, as long as I remain active I'm a member of the academy," Nathanson said.

We get that members take this seriously, but the stars of "The Batman" admit, favoritism does come into play.

When Eyewitness News entertainment reporter Sandy Kenyon asked if they ever vote for their friends, Robert Pattinson and Zoe Kravitz had this to say:

"Oh yeah definitely! Of course that's what the whole thing is a popularity contest," Pattinson and Kravitz said.

With Kirsten Dunst nominated alongside her real-life partner Jesse Plemons for "The Power of the Dog," there's no question who she's voting for.

"Obviously, I will vote for Jess," she said. "I'll vote for everyone in our movie. For sure, including myself. Anyone who wouldn't - that's weird. So yes, my movie is top priority obviously. I can't believe I'm admitting that, but really wouldn't you vote for yourself?"

The Oscars red carpet is being rolled out for the first time since the COVID-19 pandemic struck just a few weeks after the 2020 Academy Awards. Sandy Kenyon previews this year's event.