Otis the Pug: Here's how Instagram-famous dog was found after being stolen from San Francisco apartment 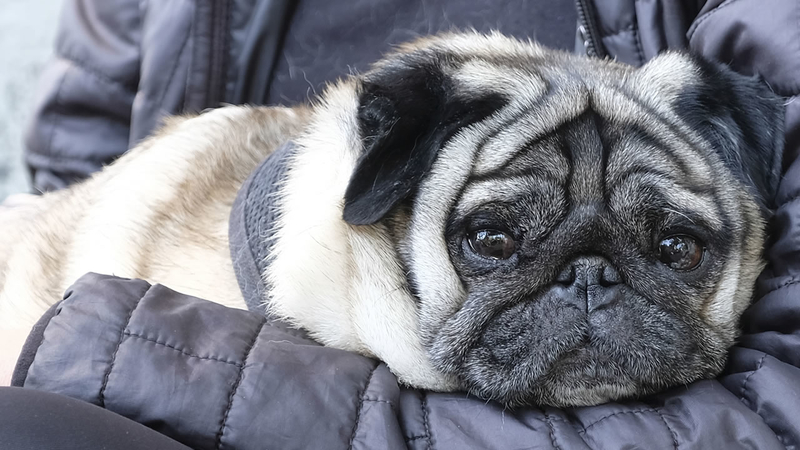 How Instagram-famous pug was found after stolen from SF apartment

SAN FRANCISCO (KGO) -- Great news! Otis the Pug's owner announced that her Instagram-famous dog has been returned after he was stolen from her San Francisco apartment. His disappearance sparked a social media campaign to get him back.

Kelly Fitch, the dog's owner, posted this message on Instagram: "WE GOT HIM. I'm speechless. Shaking. Emotional. The man who found him is the angel we all prayed for and I can't even to describe what he did to make this happen. A complete stranger who owed me nothing gave me my entire world back and jumped through hoops to get him off the streets and back to me."

It was a happy ending to a fairly common occurrence. Though in this case, it happened to a most uncommon dog. We caught up with Otis and his owner as she gave him a bath Thursday morning. Call it a cleansing on many levels.

"Necessary and symbolic," said the 27-year-old.

And such a relief, especially in the city's Mission District, where even the most simple walk for Otis inevitably becomes a love-fest, or at the bare minimum, a meet and greet.

"Would you mind getting one of me and Otis?" asked Stephen Fischer Kiernan, who stopped Fitch and Otis on the street. Such are the daily obligations of a famous pug with 12,000 Instagram followers.

"He is my best friend," she said. "We do everything together."

But their togetherness came to an end on Wednesday night, when an intruder used a key to enter Fitch's apartment, and absconded with him. No ransom. No clues. She thinks she knows the culprit and has told San Francisco police.

"Oh my God she was devastated," said Castle.

"I mean what would you do if your kid went missing?" she said through tears.

ABC7 News spoke to Fitch about the crazy 12 hours that led to finding Otis.

Fitch said at first she was skeptical but the man assured her he had seen Otis.

"He said, 'I'm not messing around you with. I believe I see your dog. Meet me at the Exxon station at 14th and Mission,'" Fitch recalled.

Fitch woke up two friends to go with her to meet the stranger. It was dark, she was scared and still skeptical, but knew she had to give it chance.

The man that met them there gave his ID to Fitch so she would feel more comfortable, but asked to remain anonymous. He said he worked as an electrician and had seen the missing dog signs Fitch posted around the Mission.

The man took them to a homeless encampment nearby. He said that is where he saw a woman with Otis. But when they arrived, the tent he had seen Otis in was no longer there.

They waited there for at least an hour hoping the woman would return.

"This guy was waiting for us," Fitch said. "'He said, 'I'm missing my shift at work...trust me, I'm not doing this for no reason I know it's your dog."

He told her he could tell this dog meant everything to Fitch and he just wanted to help.

Eventually a woman came around the corner. With her was Otis.

"They just handed him over to me crying," Fitch explained through tears. "It is crazy that a stranger can do something so kind."

The woman who gave Otis back, named Patricia, told us the pug perked up immediately when Fitch arrived.

"As soon as he saw her, excited," she said. "Like when a kid sees its mommy. And that's Mommy!"

The woman at the encampment who had Otis said another woman approached her on the street and told her she was giving away her dog and asked if she would take it. She described what that woman looked like and Fitch said it sounded like it could be a neighbor.

The Good Samaritan who helped lead Fitch to Otis said he didn't want any of the $15,000 reward. Still, Fitch ensured he and the woman who helped were rewarded appropriately.

"'We just wanted to something, we wanted to do the right thing,'" Fitch said he told her, adding, "'Trust me, this meant just as much to me as it did to you.'"

Fitch said the group hugged and she made plans to have lunch with the Good Samaritan on Saturday.

"I can't believe people are that good," Fitch said, "I was like, 'I want to be friends with you. You really changed my life and brought my life back to me.'"

Back at home with Otis, Fitch said she now plans to hire a private investigator to figure out who the thief really was. She said on her security camera video she can see her door crack open slightly just after 2 p.m. She believes that's when Otis came to the door and was taken.

Fitch said she will move out of her apartment but for now she is forever grateful for everyone who helped her find her pug.

"My coworkers were with me until 2 a.m...the whole pug community, I didn't even ask them and they starting printing stuff and searching...across the globe someone from Syria posted it," she said. "It was a whole community effort."

By noon on Thursday, Fitch had retraced her steps and begun tearing down those wanted posters. She has rewarded the man who helped her.

"It's a lot of things this person deserves," said Fitch.