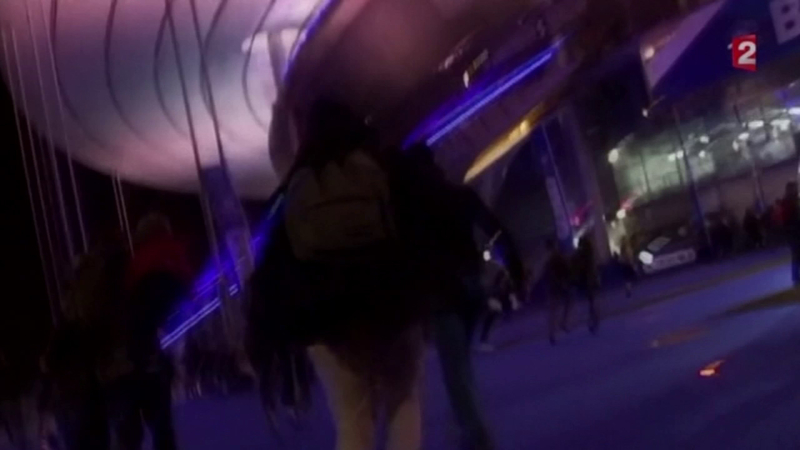 PARIS -- While reporting from the ground in Paris, ABC7 LA's David Ono met a Long Beach woman who ran for her life as terrorists opened fire outside a soccer stadium.

Rachel Gunther was attending the highly anticipated matchup between the French and German national soccer teams at Stade de France late Friday evening when she heard the first boom.

"About 15 minutes from the time the game started, or so, we heard a loud bang, like big," Gunther described. "It shook the stadium. And then the second bang or boom happened within minutes of each other and we thought, 'boy, they really enjoy their soccer here,' you know, we thought it was a joke. We just thought it was celebration."

"They finished the game and there's an announcement saying there's been some bad things happening in Paris, slowly get out the stadium," she continued.

As Gunther was leaving to go out of the tunnel from the stadium to the street, she describes the carnage that waited for her.

"All of a sudden, thousands of those ahead of us started charging back. Like running wild, desperate, terrorized looks in their faces, as if something was following them," Gunther said.

"All I could think of was, 'I'm going to get trampled if I don't run with the crowd.' So I started running and it was the most terrifying ordeal I've ever experienced. I was literally running for my life," Gunther said as her voice trembled and she paused to collect herself. "It was the most terrifying thing. All I could think of was, 'I don't want to die in this stadium."

Gunther said she felt collected early Saturday morning, but as the day wore on and she saw the Parisians mourning, she stated you can't help but cry for the victims.