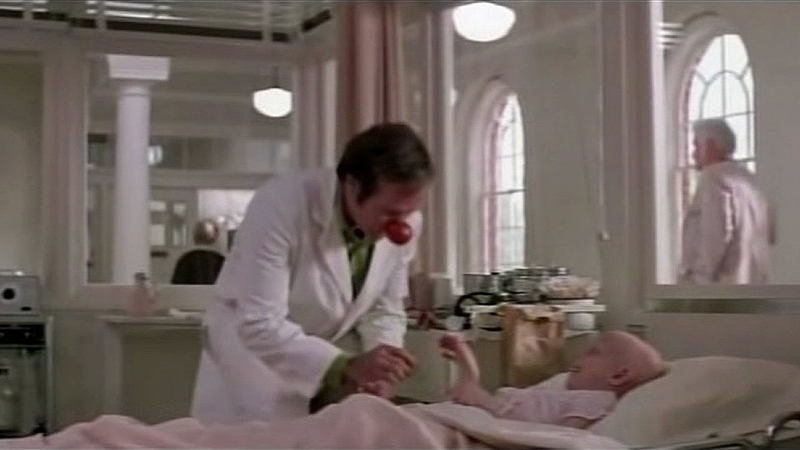 SAN JOSE, Calif. (KGO) -- One of Robin Williams' many films was "Patch Adams" which featured a doctor who treated cancer patients with laughter. One of the children cast as a patient was herself undergoing treatment. ABC7 News asked about her unique relationship with Williams.

Cameron Brooke Stanley was 7 years old when she was in the movie. Like the others in the film's hospital ward, she was fighting cancer. So having Williams make her laugh was real therapy for her. She was undergoing both radiation and chemotherapy for a tumor on her kidney. Williams nicknamed her "Little Buddha" because of her bald head.

Today's she 22 and living in San Jose.

"He was such a real person so when, even off the set when we weren't filming, he was just trying to hang out with the kids and trying to make us forget that we were sick," Stanley said.

Stanley has a photo album of the "Patch Adams" shoot. One of the photos shows Williams surrounded by the dozen children in the cast. She remembers how he put their health and comfort first, all the while acting like one of them.

"He didn't really act like this big star. He just acted like one of us. I mean he... even during lunchtime, we would all be sitting out on a table outside, and he would run over, 'Hey, did you try the lemonade? Oh my gosh, it's so good,'" Stanley said.

Stanley was initially cast as an extra, but was tested for a speaking role, which she got. She still receives residuals, but she moved on to a career in fashion, designing hand-beaded mini-skirts and crystal covered clutch bags, with a portion of profits helping poor villages in Africa.

She credits Williams with teaching her the therapeutic value of laughter. She's cancer-free today. He was very much like the Patch Adams he was portraying in the movie.

"Not just when the cameras are on, when they're off, he just wants to be someone's friend, like a best friend. He wants to make someone laugh that's sad. He was just so wonderful," Stanley said.