"She weighed 50 pounds, unable to walk more than 4 to 5 steps before her legs would give out," Pearl's owner and shelter worker, Jessie Maclay told ABC FOX Montana. "She had a dislocated hip that prevented her from being able to walk well."

Maclay works at Humane Society of Western Montana and brought Pearl to Montana Water Dogs to try out water therapy.

"Her first swimming session she swam for a minute and 45 seconds, so not very long, many breaks in between," Maclay said. "She swam for 10 seconds at a time then took a break, then she would swim again and then she was exhausted for the rest of the day."

After sessions six days a week, Pearl built up the endurance to swim for 15 minutes.

After dropping the weight, Pearl's personality began to shine.

"She is amazing, she runs, she swims, she plays with other dogs, she has the biggest personality that I never would have ever expected when I first met her," Maclay said.

The beagle has Cushing's disease and has to follow a strict diet but enjoys a treat now and again.

"We asked 'Can she have anything?' and the vet said she could have green beans," Maclay said. "It took a long time to convince her that green beans are good but now she loves it." 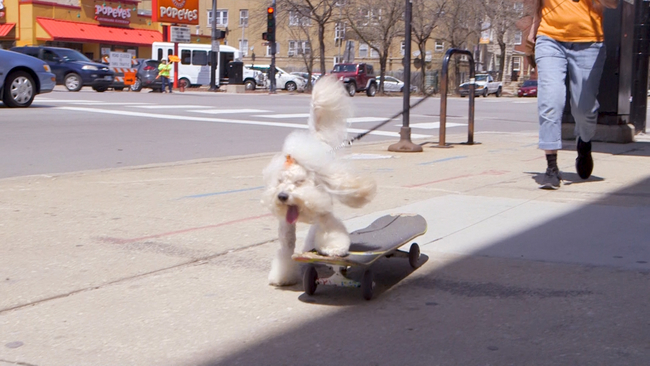 21-pound Chihuahua abandoned in crate on side of highway