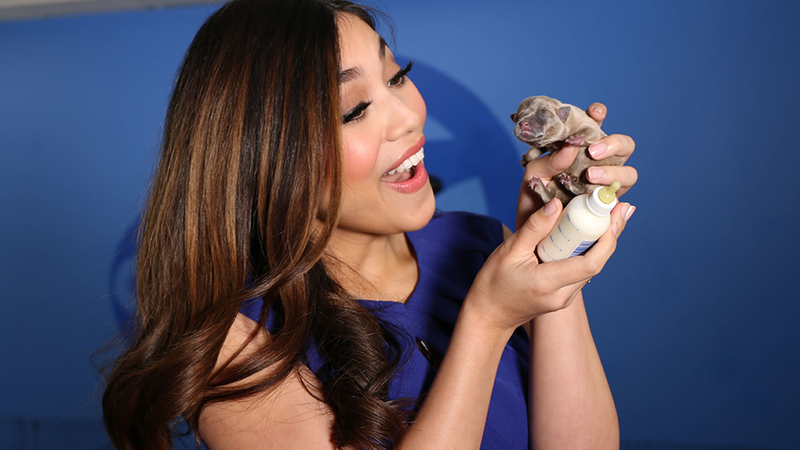 Kelly with Humane Society of Silicon Valley told Natasha that this puppy, and four others, was found at a park in San Jose. When they came in, she says they had their umbilical cords, which don't usually fall off until they're about 3 days old.

Kelly says the puppies are being fostered right now and won't be up for adoption until they're closer to 10 weeks old.

Click here to learn more about our adoption event and Perfect Pet partners.