Daisy the underdog with an underbite gets prosthetic legs 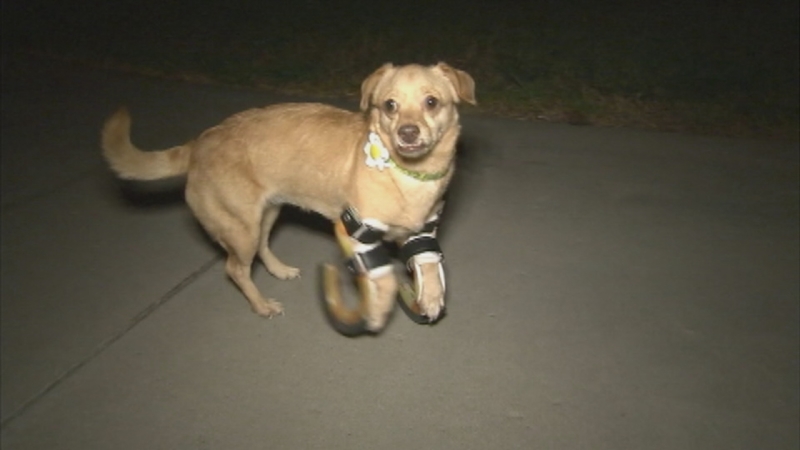 Daisy the underdog with an underbite gets prosthetic legs

LOMITA, Calif. -- Daisy is an underdog with an underbite who is getting around through life a little easier with the help of some new prosthetic legs.

At 2 months old, Daisy was abandoned on the streets of L.A., and she ended up at a local shelter.

But time was running out. Just days away from being euthanized, Daisy was saved by the rescue group A Home Forever.

Daisy has congenital deformation of her elbows, right shoulder and back hips, making it tough to walk and impossible to run.

Christian and Sheena Main said they knew they wanted to help a special needs dog when they adopted Daisy.

"I wanted a special needs dog because I know they have a difficult time finding a forever home, but I like to focus on what they can do instead of what they're unable to do," Sheena Main said.

Late in October, the Mains set up a donation page to help buy prosthetic limbs for Daisy to allow her to get around better.

The response was overwhelming.

"We received so much money that we had to send money back," Christian Main said.

Sheena Main recently posted a video to YouTube and Facebook of Daisy learning to use her new legs, with plenty of encouragement from her partner Mickey.

More than 300,000 views later, the Mains know Daisy is making a difference.

"She's just courageous, she had a lot of challenges in her life that I would've never been able to conquer," Sheena Main said.