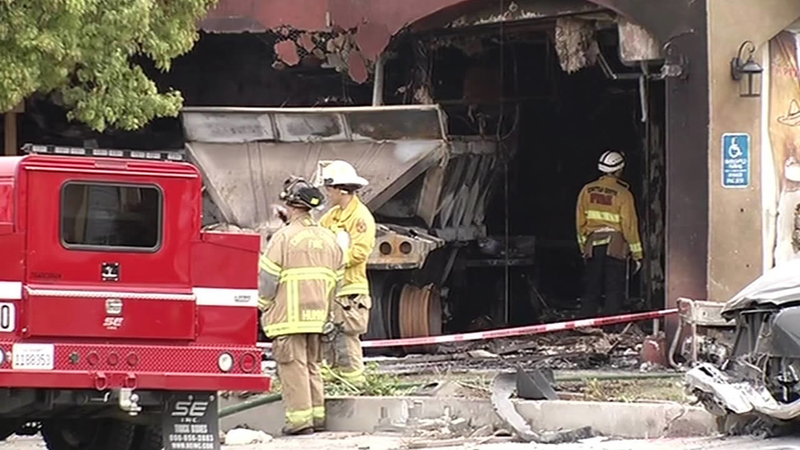 PITTSBURG, Calif. (KGO) -- There's a controversy Tuesday night about the maintenance of the big rig that slammed into a restaurant in Pittsburg killing the driver on Monday.

The California Highway Patrol says it has a list of violations that suggest the deadly accident could have been prevented.

ABC7 News spent the day looking into the safety of that big rig and the company that owns it. It turns out, Roby Trucking has a dubious record. The California Highway Patrol provided a stack of violations, which included all sorts of problems that came as no surprise to present and former employees. For example, in one case a big rig was driven without a lug nut.

ABC7 News spoke with a Roby Trucking employee who calls himself Harvey and requested to remain anonymous.

Roby Trucking owns the big rig that crashed into a Pittsburg restaurant Monday, killing the driver.

Witnesses say the brakes failed, which is no surprise to Harvey, based on mechanical failures he says he has seen on trucks at the company. "Tires, brakes, drums, air lines, oil lines, water lines," he said.

There weren't any employees available to comment at Roby Trucking in Vallejo on Tuesday. One man who claimed to be an employee was later identified by sources as one of the owners, Kumar Gir.

Gir was told ABC7 News received calls from former employees about very serious issues with the company's trucks, but he wouldn't comment and said he need to speak with the owners.

While Gir was not talking, the California Highway Patrol produced records indicating a long history of safety and maintenance issues at Roby Trucking. They include problems with brakes, steering and multiple other mechanical violations.

In a yard inspection last October, the CHP found Roby Trucking to be unsatisfactory in all categories, including record keeping.
The most eye-popping violation was a roadside inspection that showed one big rig to be overloaded by 16,000 pounds.

In 42 years of working for trucking companies and being a driver, Harvey said this company ranks as the worst.