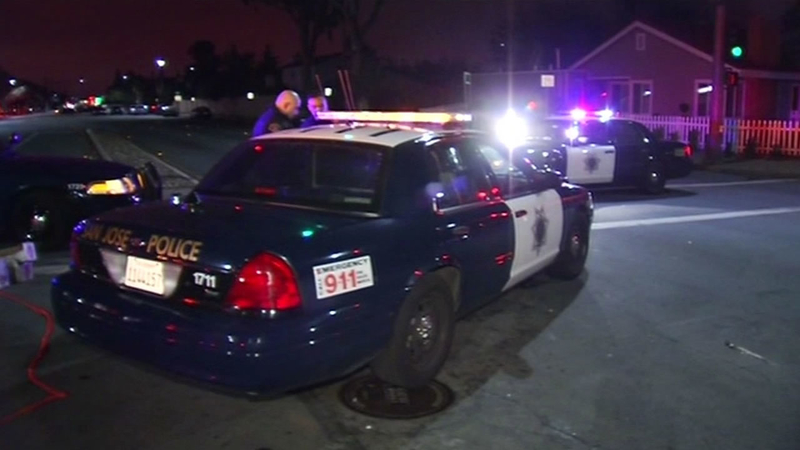 SAN JOSE, Calif. (KGO) -- The ABC7 News I-Team has been digging into the background of 57-year-old Scott Dunham, the man who killed San Jose Police Officer Michael Johnson, and discovered that he was arrested in 1996 for domestic violence. His wife reported that he had choked and hit her in their home. She told officers that Dunham had an alcohol problem and that he gets angry and violent after drinking.

That warning about Dunham's drinking issue sounds prophetic, in light of what ABC7 News has learned from listening to police radio communications leading up to Tuesday night's shooting.

It all began when concerned family members asked officers to check on Dunham. And about 20 minutes elapsed between the time officers received that call and when Johnson was shot to death.

San Jose police use the code 1051 to describe someone who's intoxicated, 1056 means suicidal. That call came in around 6:47 p.m. Tuesday.

Dispatch audio: "He said he would kill her if she didn't leave. Dad's going to be Scott Dunham."

And Dunham's family told dispatchers this wasn't the first time he'd tried to kill himself.

One officer then asked if any guns were registered to Dunham.

Dispatch audio: "For the Lincoln units going on the welfare check there are no guns registered to this male."

But dispatchers warned officers about a history of mental problems.

Dispatch audio: "The dad takes lots of meds... thinks that the dad might be bipolar."

Officers learned more about Dunham when they arrived on scene.

Dispatch audio: "We believe that there are two handguns inside the residence. A nine-millimeter semi-auto and a .22."

Then one officer used the worst radio code of all -- signifying a fatality.