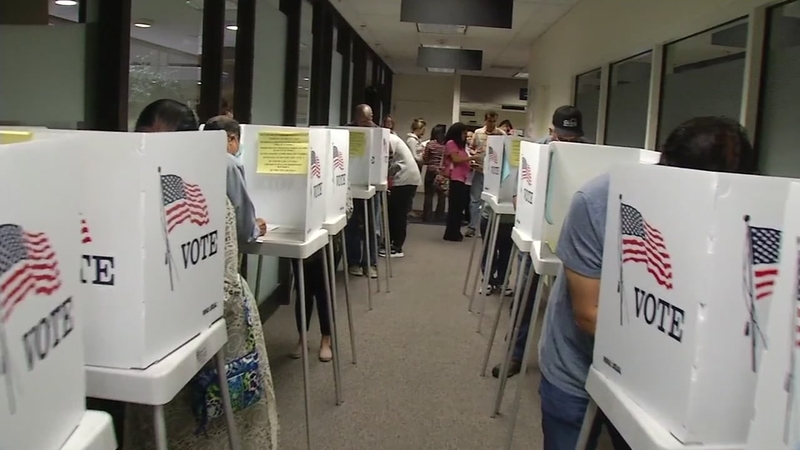 SANTA CLARA, Calif. (KGO) -- There are big crowds at the Santa Clara County Registrar of voters and the big election is still a day away. Officials say this election is seeing four times the turnout compared to June's election.

MORE: Find in-depth information about what's on your ballot this election

There are 307,000 ballots that have already been cast, that's more than a third of all registered voters in Santa Clara County.

"I look at Election Day as throwing a party. And we throw a party at 836 different locations on the same day. People are really excited. They are coming in, taking pictures, proudly wearing their stickers. They want to be a part of the process," said Philip Chantri, Santa County Registrar of Voters.

Santa Clara County has been notoriously slow when it comes to counting on Election Day. Part of the reason is they don't start the tally until the ballots get back to the election office from the precincts. But because of the early voting, counting has already begun, with workers on 24 hour shifts.

Voters are lining up so they don't have to face the deadline pressure tomorrow. They want to make sure their votes count.

"I want to make sure I get it in my hand give it to the right person. Make sure it doesn't get lost in the mail," said San Jose resident, Ed Frye.

It will take you a lot longer to fill out your ballot than usual because this is the longest ballot in county history, with 129 contests countywide. But here's the good news, election officials say you don't have to put a stamp on your ballot, they'll pay for the postage.

More than 1/3 of registered voters in Santa Clara County have turned in their ballots. Line is big at Registrar of Voters. pic.twitter.com/Z11MtMSK4m

Drive-thru ballot drop off at the Santa Clara County Registrar of Voters. pic.twitter.com/syEMsPP3l3