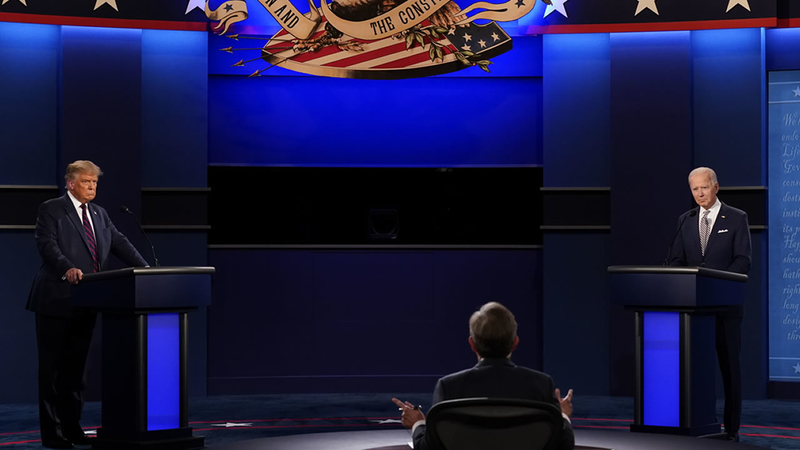 SAN FRANCISCO (KGO) -- During the first presidential debate between President Donald Trump and Democratic challenger Joe Biden on Tuesday night, Pres. Trump mentioned the Bay Area, more specifically, the city of Oakland while sparring over the issue of race and law and order.

Following a summer of racial unrest and protests, the president called Oakland "violent" and blamed that democrats running the city were to blame.

During the first presidential debate between President Donald Trump and Democratic challenger Joe Biden on Tuesday night, Pres. Trump said called the Oakland "violent" while sparring over the issue of race and law and order.

Biden: "This is ridiculous."

Trump: is the Democrats that run these cities --

This wasn't the first time the president made remarks about the East Bay city.

Following the death of George Floyd, he called Oakland "a mess" and suggested deploying federal agents into the area.

After Tuesday night's debate, Oakland's mayor didn't tweet about the debate. Instead, she shared a video titled, "Oakland, we love you."

Always a good time to introduce folks to #Oakland https://t.co/1ejiRAbUGR

The first debate also featured heated clashes over the president's handling of the pandemic, the integrity of the election results, deeply personal attacks about Biden's family and how the Supreme Court will shape the future of the nation's health care. Trump also refused to condemn white supremacists who have supported him, telling one such group known as Proud Boys to "stand back and stand by.''