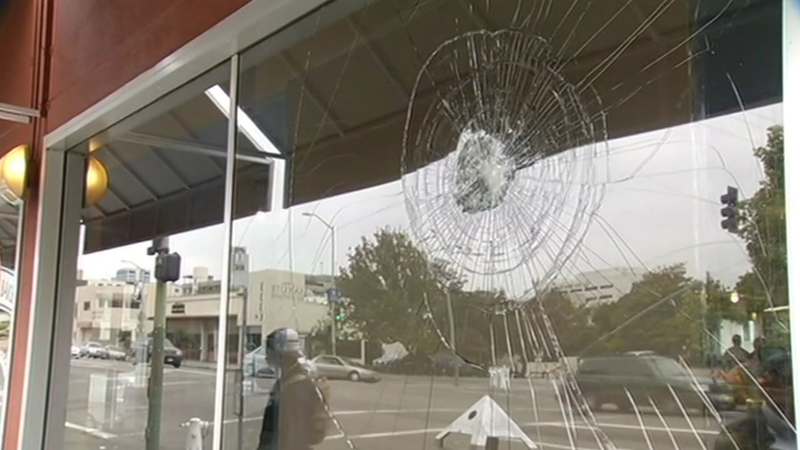 Police in riot gear were close by, but the protest quickly turned violent, leaving businesses spray painted and windows smashed. Marchers also set off fireworks as they moved up Telegraph Avenue.

Mark Davis, owner of Danish Bakery would like to know why innocent businesses are targeted.

"I don't think they think of consequences. Their solution is to punish people who have nothing to do with it. We're thousands of miles away from it, Missouri, but I've got to pay $700 for a window to be replaced," said Davis.

Windows were smashed at this Bank of the West at 49th & Telegraph Avenue, and so was a small shop nearby which sells yarn.

"They started throwing rocks at the buildings," said Will Kreber. Kreber stood in front of his game store business to protect it from vandals wearing black masks.

"I understand their anger, but I don't know if this is the right way to go about expressing it," said Kreber.

Oakland police say one officer was assaulted by demonstrators and two other officers were pepper sprayed. They hope tips from the public will lead to the arrests of the vandals.