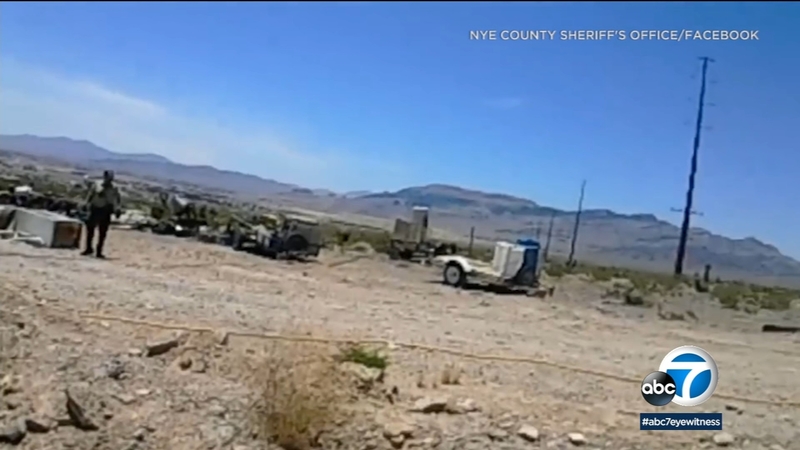 Pahrump, NEVADA -- Authorities in Nevada are investigating a possible earthquake-related death after a man was found pinned under a car days after a 6.4-magnitude earthquake hit Ridgecrest in Southern California.

The Nye County Sheriff's Office responded Tuesday at 1 p.m. to a report of man under a vehicle near East Fort Churchill Road and Becky Lane in Pahrump, Sgt. Adam Tippetts said.

Deputies encountered a 56-year-old deceased man who was pinned under a vehicle when they arrived.

Upon investigation, Tippetts said it was determined the man was last seen alive July 3 at a local gas station, one day before a 6.4-magnitude earthquake hit Ridgecrest.

The man appeared to be working on the vehicle at the time of his death, Tippetts said.

"The vehicle the man was pinned under had been jacked up safely and based on the positioning of the body and the tools found on the scene, the male appeared to be working on the vehicle at the time of his death," Tippetts said.

The vehicle may have fallen off the jacks during the earthquake, Tippetts added.