Rudy Guiliani at RNC: 'What I did for New York, Donald Trump will do for America' 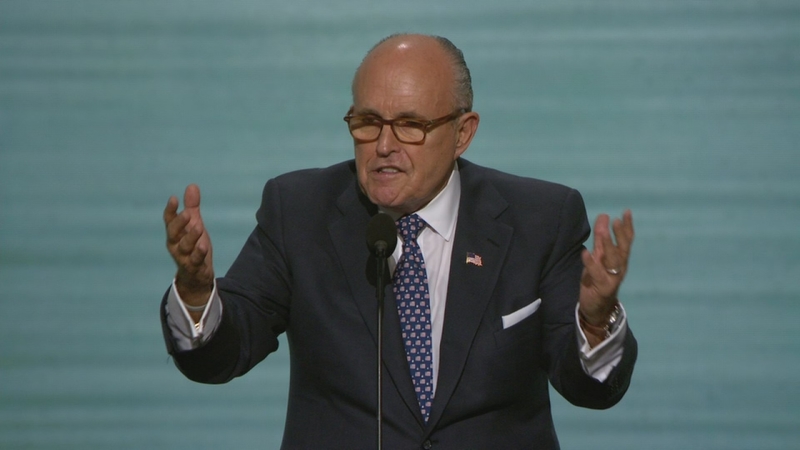 CLEVELAND, Ohio -- In one of the night's most impassioned speeches, former New York City Mayor Rudy Giuliani bemoaned racial divisions that he said have only gotten worse.

He gotten the biggest cheers of the night from the crowd of more than 2,000 delegates.

** Click on the video player above to watch Guiliani's full, 15-minute speech **

Giuliani has been critical of those who protest against police, including those involved with the group Black Lives Matter.

"What I did for New York, Donald Trump will do for America," he said.

Rudy Giuliani: "What I did for New York, Donald Trump will do for America." https://t.co/Jw6kqx066V #GOPConvention https://t.co/cZRREL3eCO

He also called Donald Trump "a man with a big heart" who's helped out their native New York City. He says Trump would anonymously help the families of police officers who were injured in the line of duty.