San Francisco rents spike in what used to be affordable housing 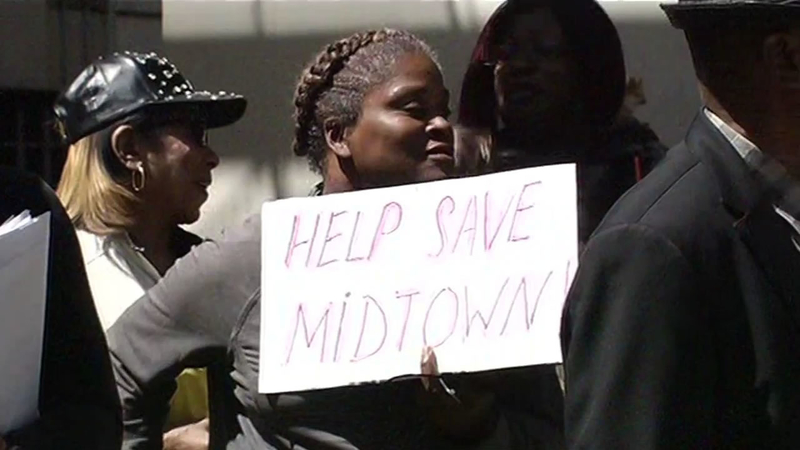 SF rents spike in what used to be affordable housing

SAN FRANCISCO (KGO) -- Rising rents are nothing new in San Francisco. But what do you do when increases are extreme and city hall is your landlord? A group of tenants facing startling rent hikes at a city owned complex are now speaking out.

Residents in the Midtown Park Apartments are a multicultural, working class group. But recently, more than 50 residents got letters describing shocking hikes in their rent.

Bowie says she's lived in her unit for about 25 years. And recently the city's management company has been making it difficult for her to stay.

"I said I have income changes that I have to put into our first initial thing, I need to do that, it's very important, and I was told absolutely not," she said.

Residents at Midtown Park apartments rally to prevent what they say will be rent hikes of up to 300%. pic.twitter.com/jP0boA34hH

San Francisco Sheriff Ross Mirkarimi used to represent this district as a city supervisor. He showed up to support their efforts.

When asked if he'd serve evictions to people who were issued them at the complex, he answered, "We'll come to that intersection when and if we need to. I hope that a court order for their eviction never comes to be. But I won't stop being an advocate."

Residents say they want to meet with Mayor Ed Lee to plead their case. That's because it's the only complex in San Francisco that's owned by the city. They want to know why longtime residents are not protected by rent controls.

This is now Supervisor London Breed's district. According to one of her aides, Midtown Park is an affordable housing complex. And because it benefits from federal aid, there are a few strict rules, such as residents must pay up to 30 percent of their income in rent.