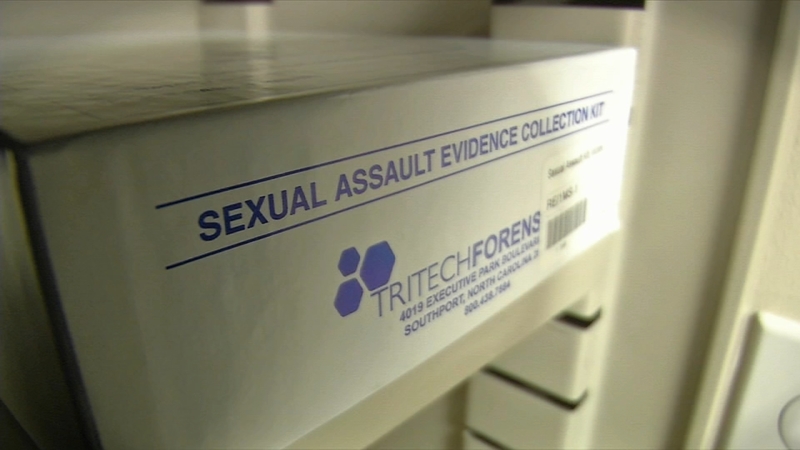 SFPD denounces use of rape victim's DNA in unrelated case

SAN FRANCISCO (KGO) -- Wednesday night the San Francisco Police Chief responded to some tough questions from police commissioners about the use of DNA from sex assault survivors being used to investigate other crimes.

The chief says that that information is no longer being used, and at this point in time, it only appears to have been used in identifying one rape victim in a property crime case.

"As of now, you don't know of another case but there could be because you haven't finished auditing all the samples is that fair?" asked San Francisco police commissioner Cindy Elias.

"Well yeah that's fair. I don't know of any other case at this point, but we are in the process of going through all the cases," said San Francisco Police Chief Bill Scott.

Commissioner Elias asked if the past policies that in at least one case, allowed DNA from a 2016 rape victim to be used in helping identify that victim as a property crime suspect, could have been used in other cases too.

"This was something that should not have happened. As far as we know, we'll see, as far as we know it was a singular event. Problems have been identified and policies put in place so it doesn't happen again," said Chief Scott.

At Wednesday night's police commission meeting SFPD said it is still looking at 17 cases to make sure that victims weren't identified as suspects with DNA from a rape kit.

Commissioners questioned if the police department should be the ones investigating themselves on an issue like this.

"What professional and ethical standards does the crime lab have?" said commissioner Elias.

The chief says the lab is accredited and follows some of the toughest restrictions in the country, saying the problem was immediately fixed once identified.

RELATED: DA: SFPD's use of rape kit DNA to arrest victim linked to another crime could be unconstitutional
EMBED More News Videos

SFPD is investigating claims by the DA that DNA collected from rape victims are being used to help identify them as possible suspects in crimes.

Now it's just a matter of collecting records from those 17 cases, which are archived on paper, and going through them all to make sure DNA identifications from sex assault survivors weren't used.

"We should never be in this position again. We're open to getting better and not having this happen again and whether it's the attorney general's office or whoever else looking at this, we welcome that," said Chief Scott.