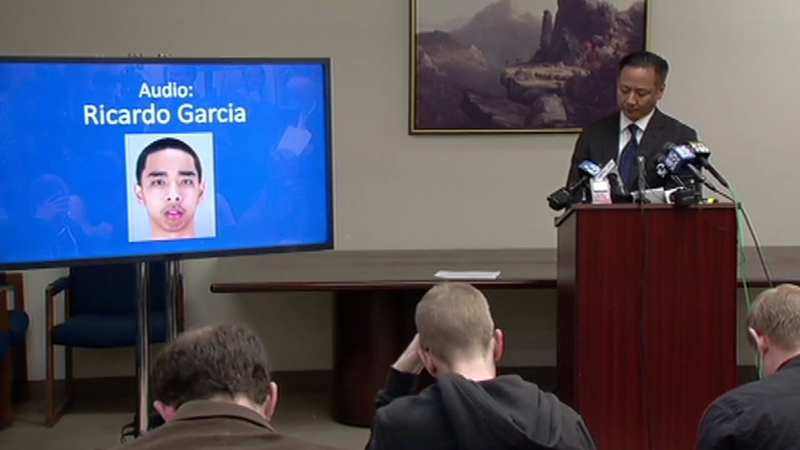 SAN FRANCISCO (KGO) -- Investigations are underway into allegations by three inmates in the San Francisco County Jail who are accusing sheriff's deputies of forcing them to fight other prisoners.

The county's public defender's office received help from a private investigator after learning about the incidents.

According to the San Francisco's public defender Jeff Adachi, the deputy said to be the main instigator was accused back in 2006 of sexually assaulting inmates. That case was settled.

An inmate's father tipped off authorities saying his son was injured while forced to fight another inmate at San Francisco's County Jail for the entertainment and profit of deputies.

"I can only describe this as an outrageously sadistic scenario that sounds like it's out of the 'Game of Thrones,'" Adachi said.

"Deputies betting against me and forcing me to fight and if I don't fight, then he's basically telling me that he was going to beat me up, cuff me, Tase me all at once," Garcia said in a recording.

The 150-pound Garcia says he was pitted against a 350 pound inmate named Stanley Harris who tells of the deputies egging him on.

"Chanting like, 'Get him. Get him. Hit him. (Bleep) him up or kick him in the (bleep). Stuff like that," Garcia said.

Harris also told attorneys he was forced to do pushups to train for the gladiator-style fights. The public defenders is asking who knew and for how long.

"It is impossible for two or three or even four deputies to commandeer the jails and stage fights without others being aware of it," said Matt Gonzalez, of the San Francisco public defender's office.

Sheriff Ross Mirkarimi has asked the United States Justice Department to step in.