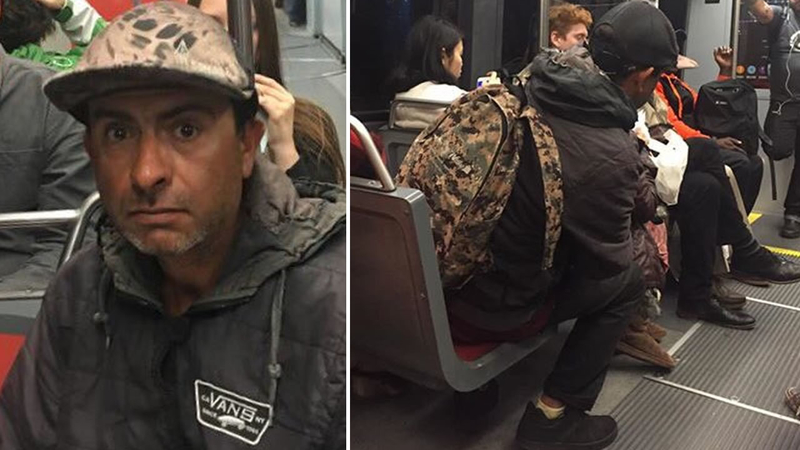 SAN FRANCISCO (KGO) -- San Francisco police are looking for a man they say is accosting women on Muni. Several have come forward since one of the victims posted about her experience on social media. One of the incidents occurred on the N-Judah, but the suspect is known to approach women on other Muni lines as well.

"I felt someone banging against me," said Michelle, who only wants to share her first name. She couldn't believe what happened to her on the outbound N-Judah last Thursday.

She says a man was rubbing against her, something she says she witnessed him doing to another woman weeks earlier also on Muni.

"I was very angry because the fact that this was the second time, me seeing the guy made me think, 'He must do this regularly,'" she said.

Michelle called police and posted on social media, where several other women have since shared the same story.

Police are now actively going on Muni lines to find him. Investigators are also interviewing the women who have come forward.

"In any case, in special victim's unit, this is confidential," said Grave Gatpandan of the San Francisco police. "But at this point, it is in the best interest of the public to be on the lookout for this guy."

Andrew Sparks actually spotted him after seeing his photo on Nextdoor. He took his own photo of the suspect rushing out of the L-Taraval where he says he saw him accost at least one woman moments before.

"A lot of people just on their phones," said Sparks. "And this guy is using that to get closer to people in an inappropriate way."

This is why Michelle is urging women to be aware and take action. "I want women to feel empowered and to be able to know that you can call 911. This is an assault," she said.

.@sfpd says be on the lookout for this man who they say is rubbing himself against unsuspecting women on @sfmta_muni. #SanFrancisco pic.twitter.com/8soiDQpyDO