On average, close to two people die from a drug overdose in San Francisco every day.
KGO
By Luz Pena 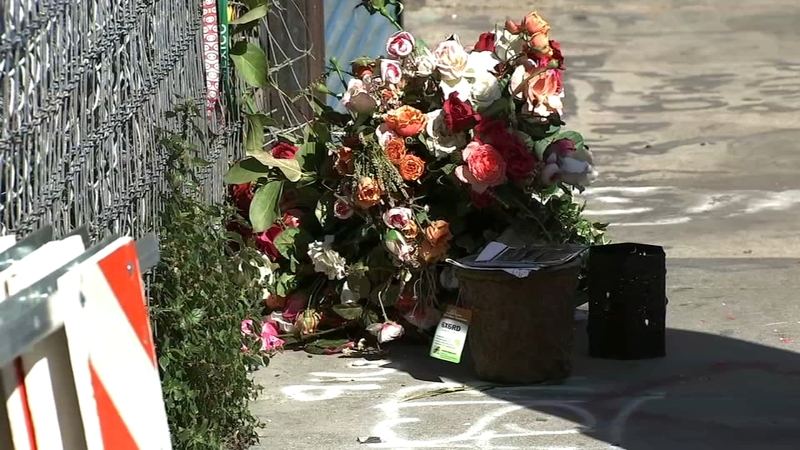 SAN FRANCISCO (KGO) -- A teenager who was found dead in a San Francisco alley from a presumed drug overdose was identified Tuesday.

ABC7 News spoke to her mom and her aunt on the phone. They're devastated and were not ready to speak on camera, but said Victorria Moran-Hildago was a victim of the streets. The last time her mom spoke to her was two weeks ago.

In a city where two months ago, Mayor London Breed vowed to make the streets safer, the latest victim of those streets is 16-year-old Victorria Moran-Hildago. She was found dead at 6:33 a.m. on Friday.

"It's heartbreaking. This is somebody's child," said Edwin Moore with the Soma West Community Benefit District.

A small memorial on Minna Street marks the area where San Francisco paramedics responded to a possible overdose, according to police.

Edwin Moore works for the Soma West Community Benefit District. His job is to clean the streets, but he's always ready to save lives.

"I carry at least two boxes in my truck. This one is brand new. All our guys have two per box. We also carry one in our pockets and I carry them in my truck," said Moore and added, "We do whatever it takes to take care of our community."

On average close to two people die from a drug overdose in San Francisco every day.

A group of mothers say the new Linkage Center at San Francisco's Tenderloin which allows open use of drugs, is only making the crisis worse.

According to the latest data from the San Francisco Medical Examiner, in 2021 there were 650 deaths from a drug overdose.

The overwhelming majority are caused by the synthetic opioid, fentanyl.

"Our city is bringing more resources for treatment. More resources to outreach. We opened the linkage center. We hired hundreds of additional people to be out on our streets to get people help. As long as people keep dying that's not enough. We have to do more," said Supervisor Haney.

Supervisor Haney is asking for more collaboration city and statewide.

"We don't have enough treatment beds. We still have challenges in getting people help because of COVID. We still have barriers in our criminal justice system to hold people accountable," said Supervisor Haney.

People who knew Victorria left a note saying they loved and missed her.

Parents like Edwin are hoping the streets don't reach their kids

"To show my kids that it doesn't make a difference how old or how young you are. The streets can take your life," said Moore.

Victorria's mom told us she didn't have any indication that her daughter was doing drugs and said she had run away multiple times.

San Francisco Police are still reporting this as a possible overdose, but the Medical Examiner has not confirmed the cause of death yet.