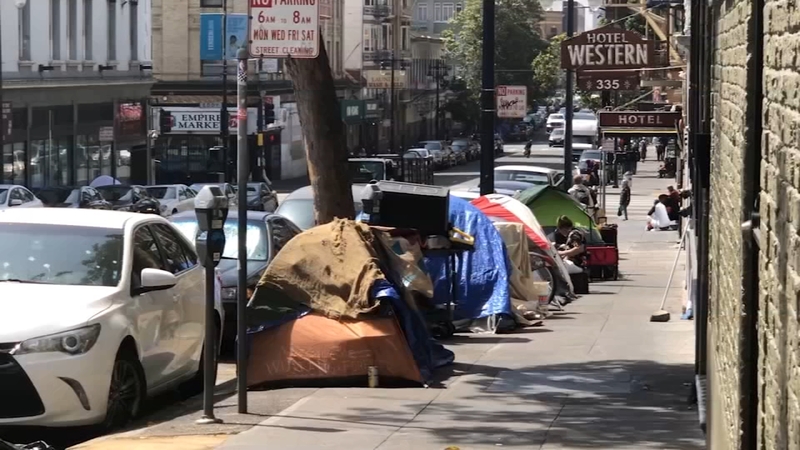 SAN FRANCISCO (KGO) -- With the majority of the votes in, it's clear that Supervisor Matt Haney has won the special election for Assembly District 17, defeating former San Francisco Supervisor David Campos.

With more than 63% of votes in San Francisco, Supervisor Matt Haney went from leading the city's most challenged neighborhood to now representing the city on a bigger platform.

"I'm going to bring a message to Sacramento that we need statewide plans. We need every city and county to build housing to provide for people who are experiencing homelessness," said assemblyman-elect, Haney.

First results are out: We're up by over 27 points. We won.

Thank you so much to San Francisco voters, & to all of our staff, volunteers, donors, endorsers, & everyone who worked so hard over the last 6 months. pic.twitter.com/jypH670iCw

Haney has been representing San Francisco's District 6 since 2019. Within Haney's district is the Tenderloin neighborhood.

Four months ago, Mayor London Breed declared a state of emergency in that neighborhood; citing chaos with open drug use, overdoses and homelessness.

According to city data, in the last two years the majority of drug overdose deaths have been in District 6. During our 3 p.m. show, "Getting Answers," Matt Haney said he will continue to advocate for the Tenderloin.

"I'm also going to focus on drug addiction and the fentanyl epidemic. We are still seeing people in our city die from drug overdoses. We need more leadership from the state," said Haney.

Mayor Breed said the Tenderloin continues to be her focus, even though the state of emergency expired and now supervisor Haney is moving on.

"The priority is not only to keep it clean but keep it safe. The biggest issue I've heard from a lot of the residents has everything to do with safety. The random attacks of violence, the stabbings, the shootings," said Mayor Breed.

Randy Shaw, Director of the Tenderloin Housing Clinic said Supervisor Haney did what he could.

"They act like it's about the homeless people or mentally troubled people. No, it's about drug dealing. That's the problem in the Tenderloin, 95% of it."

Shaw said Mayor Breed has the power for real change in that neighborhood, "The mayor needs to order the police to continue. To not only keep the 20 officers they added 3 weeks ago but to expand it."

Mayor Breed will now get to appoint the next supervisor for District 6.

Luz Pena: "What's your strategy when it comes to the Tenderloin? Who are you thinking to appoint and what are you looking for?"

Mayor Breed: "What I'm looking for is a real partner. As you know, I've been focused on turning the Tenderloin around."

The city is remapping and there's a chance the new supervisor Mayor Breed appoints might not be in charge of the Tenderloin. The Tenderloin could end up as part of Supervisor Dean Preston's District 5.

Luz Pena: "Any idea of who that person might be?"

Matt Haney said his pick would be his chief of staff, Honey Mahogany, who if appointed by Mayor Breed would become San Francisco's first transgender supervisor.