San Jose's independent police auditor has been on the job less than a year, and critics are already calling for his resignation. A video has surfaced that is opening Aaron Zisser to accusations of impartiality.

SAN JOSE, Calif. (KGO) -- San Jose's independent police auditor has been on the job less than a year, and critics are already calling for his resignation. A video has surfaced that is opening Aaron Zisser to accusations of impartiality.

A camera was rolling when a protest rally was held two weeks ago over the death of 18 year old Anthony Nunez, who was shot by two San Jose police officers in 2016. While the incident happened two years ago, anger remains high today, and a threat was made in the video against the officers involved.

After uttering the names of the two San Jose police officers, a protestor says, "Coming for you. You murdered Anthony Nunez in front of his home. 18 years old. Unarmed."

The San Jose Police Officers Association is angry that Independent Police Auditor Aaron Zisser did not warn them of the threat. A photo was taken of Zisser with the group before the protest.

"He does not care that he puts officers in harm's way," said Paul Kelly, president of the Association. "It is time for him to go before he destroys the credibility of the Office of the Independent Police Auditor, an important and vital institution."

Zisser says he didn't stay for the anti-police protest and didn't hear the threat. But he did spend a few minutes with the group before the protest march and rally began.

"This is a group of people who feel like they're not being heard," Zisser told ABC7 News. "I wanted them to know that I hear them. I went to observe and listen to their message, and then I left very quickly."

The Police Officers Association says Zisser should step down. Chief Eddie Garcia isn't going that far but is concerned when the auditor isn't fair to his officers.

Zisser appears to have lost the confidence of Mayor Sam Liccardo, who told ABC7 News, "Credibility depends on impartiality... And I am concerned that Mr. Zisser's recurring questionable judgment undermines that."

For more stories, photos, and video on San Jose police, visit this page. 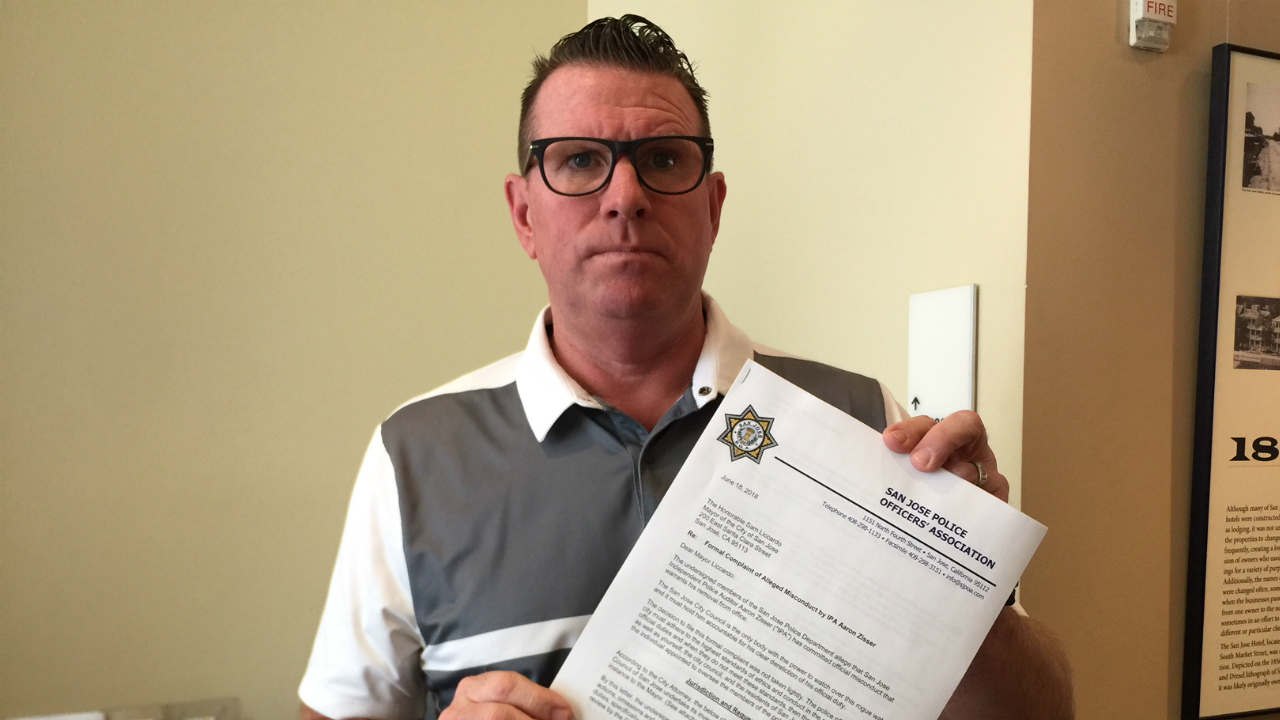