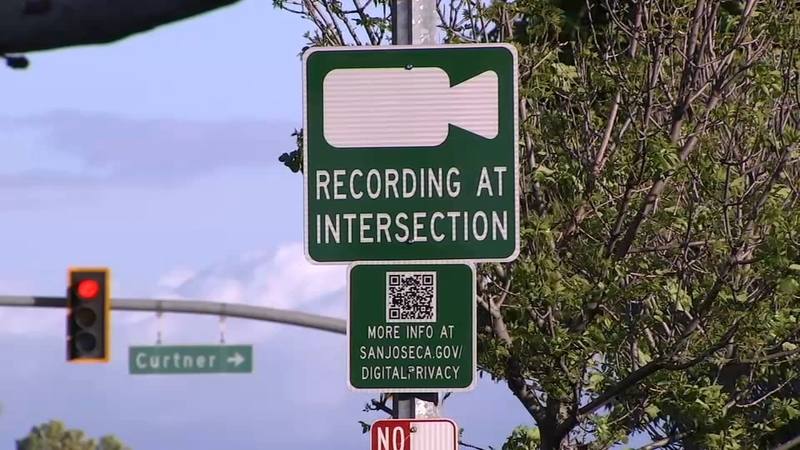 SAN JOSE, Calif. (KGO) -- Drivers in San Jose may notice new cameras on their commute. Automated License Plate Readers (ALPR) were installed on Monday, in an effort to reduce the number of traffic deaths in the city.

The cameras are meant to capture the license plates of drivers through the specific intersection of Monterey Road and Curtner Avenue.

Pineda has spent the last year pushing for safety improvements at the intersection, considered to be one of the city's most dangerous.

Her demands have led to changes at Monterey Road and Curtner Avenue, including the installation of four ALPRs. The city said the cameras went up on Monday as part of a pilot program- along with signs alerting drivers.

Last April, Pineda's daughter, Vanessa Arce, a mother of five- was in her wheelchair and in the crosswalk when she was hit and left for dead.

"The only glimpse into your daughter's crash came from where," ABC7 News asked.

"It came from the shell gas station right over here," Pineda answered, as she pointed across the street. "That's the only camera that's working around here."

A woman who was severely injured, left a quadriplegic after being hit by a car 11 years ago has died from injuries in the crash, San Jose police said.

The victim in that crash, Shea Shaw, was 15-years-old at the time. She was hit at Camden and Bascom and became a quadriplegic. She died Tuesday in hospice care.

A nearby business captured surveillance video- the only footage that was released back in 2011.

Shaw's mother spoke with ABC7 News, reacting to news about the new technology.

SJPD announced Friday, the investigation is now being reopened after Shaw died this week.

At a time when traffic fatalities in San Jose continue at record pace, the pilot program will test whether the cameras are an effective tool at reducing the number of traffic crashes.

However, privacy advocates are raising concerns about this surveillance technology.

Kristen Van Kley, the Deputy Public Information Officer for the Office of Communications in San Jose assured, "No individual personal information is being captured. It is really taking pictures of numbers. And the whole purpose of this is to save lives and make it a safer intersection."

Instead, EFF suggested, "One of the better privacy protections would be for police to retain no information at all when a passing vehicle does not match a hot list."

ABC7 News asked the city when the license plate readers would be fully functioning. We're told right now, there is no set date.