'It was really scary': Teen helped sisters, mom to safety during duplex fire in San Jose 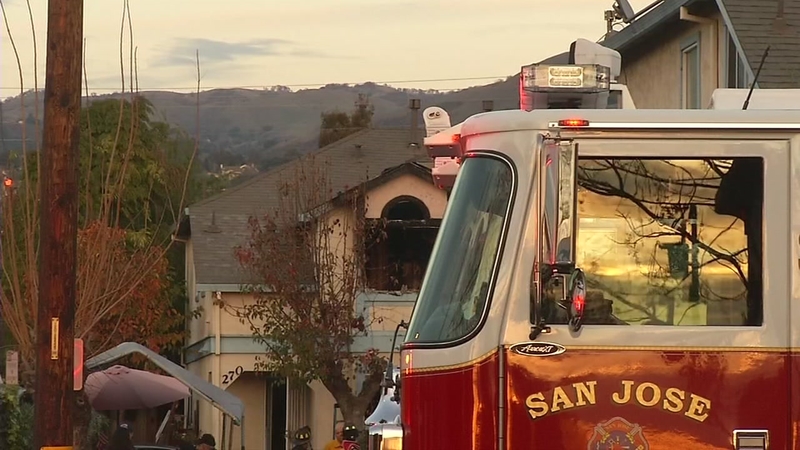 Still shaken, 17-year-old Jeanette Cruz describes the moments of fear inside her home with her family.

"It was really scary. I was pretty scared for my sisters," said Cruz.

17-year-old Jeanette Cruz helped her sisters to safety during a duplex fire in San Jose.

According to San Jose Fire, the calls reporting the blaze came in around 1:53 pm. Cruz says she saw the smoke coming in from her neighbor's home into their apartment.

Her first thought was to save her family.

"I had to take my sisters out and my mom," said Cruz and added, "I saw the other side and I just took my sisters and got them to the front."

Neighbors and nearby business owners saw the smoke and called 911.

San Jose Fire confirmed the apartment where the fire began is a single occupancy unit.

S. White Rd is closed between McKee and Eastside Dr for a duplex fire. Unfortunately 6 people, including 3 children have been displaced, and the cause is still under investigation. pic.twitter.com/J3Ee6AjtiT

A neighbor who decided not to show his face in fear of retaliation says the person who lived in that unit was known to San Jose Police.

"One time at two-o-clock in the morning I was drinking a cup of coffee and you would see people strolling in," said the neighbor.

San Jose Fire says the Cruz family's unit sustained smoke and water damage. They are now staying at a hotel provided by the Red Cross.

A total of six people were displaced by this fire.

No injuries were reported and arson investigators were on scene.