As the San Jose Sharks begin their quest for the Stanley Cup, they hope their newest member of the team can push the team over the edge. Finn will train with the team and Canine Companions for Independence on his way to becoming a service dog.

SAN JOSE, Calif. (KGO) -- As the San Jose Sharks look to win their first Stanley Cup in franchise history, they hope some good luck will come from an unsuspecting source.

You know the stars like Logan Couture and Erik Karlsson, but there is a new member of the team.

His name is Finn.

Finn will spend the next 18-24 months working in the volunteer puppy raising program.

During that time, you can catch him training to be a service dog at the SAP Center and other team events by learning how to react to people and loud environments.

The hope is that he can stay calm in any situations in which his future owner may need to be in.

The Sharks as a team gains an incredible partnership where they can teach their players the importance of service animals.

In return, Finn gets to be an official member of the Sharks family and learn how to be a service dog in one of the most unique ways.

Canine Companions for Independence is a non-profit organization that trains dogs free of charge for people who need them.

The dogs, like Finn, will go through various training exercises to become service animals for people with disabilities.

Finn will be getting some different forms of training than his other dog counterparts by working with the Sharks.

"Part of my job is to socialize him to all sorts of situations and experiences," Rodenberger said. "This includes him coming to lots of games, meet lots of people and go on the ice. All of those are great training techniques. He gets used to sounds and sights and lots of people. All of that is great training for when he goes on to become an assistance dog."

Rodenberger has trained many dogs, but working with Finn is extra special for her as she gets to be a part of her favorite hockey team.

"I'm super excited," Rodenberger said. "It's a big honor for me to be able to raise Finn and have this partnership with the Sharks."

Rodenberger loves the Sharks, and the Sharks love the work that she is doing.

The team has many relationships with animals over the years through the team and the Sharks Foundation, including Canine Companions for Independence.

This includes a service dog, Lake, dropping a puck before a past game.

Finn is the latest connection to the animal world for the team and it's something the organization and players are excited to be part of.

"I know we have a few dog lovers on our team," San Jose Sharks Event Presentation Manager Tina DiVilio said. "I know Evander Kane and Marc-Edouard Vlasic are big really big dog lovers. We'll bring Finn to a lot of events that these players are at and try to get Finn involved. It helps his training, but it also helps the players learn about how important service dogs are. It can really help them back this initiative and bring the awareness to the forefront even more than the Sharks can do on their own."

S.J. Sharkie is also a big fan of Finn.

Service animals in training may be new for the Sharks, but dogs like Finn have been popping up across the sports world and the NHL.

"The New York Islanders and New York Rangers have both done it," DiVilio said. "The St. Louis Blues have Barclay who is really popular. But, I believe that we are the first to do it with Canine Companions for Independence which is a totally different type of service dog."

Finn will work with the team until he goes to Santa Rosa for the next part of his training where he will hopefully earn the ability to become a service dog.

In the first game that Finn came to the SAP Center for a game, the San Jose Sharks won their only game of the preseason.

Rodenberger, the Sharks and Finn all hope the luck will continue into the summer.

"We are hoping that Finn can be the Sharks good luck charm and lead them to the Stanley Cup," Rodenberger said. "It's a really great partnership and we're really excited as it continues."

For more information on Finn and other Canine Companions for Independence, visit their website here. 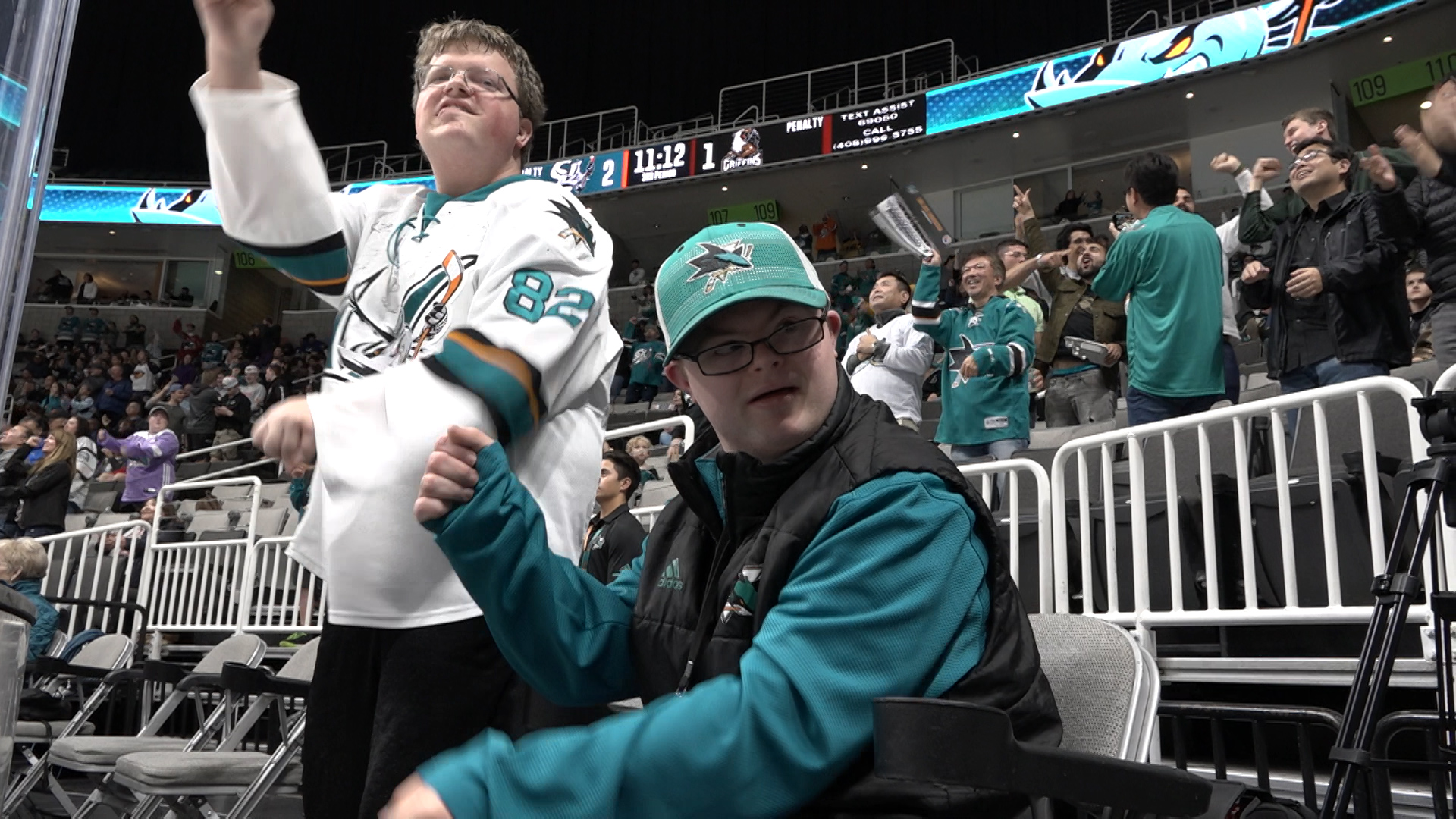 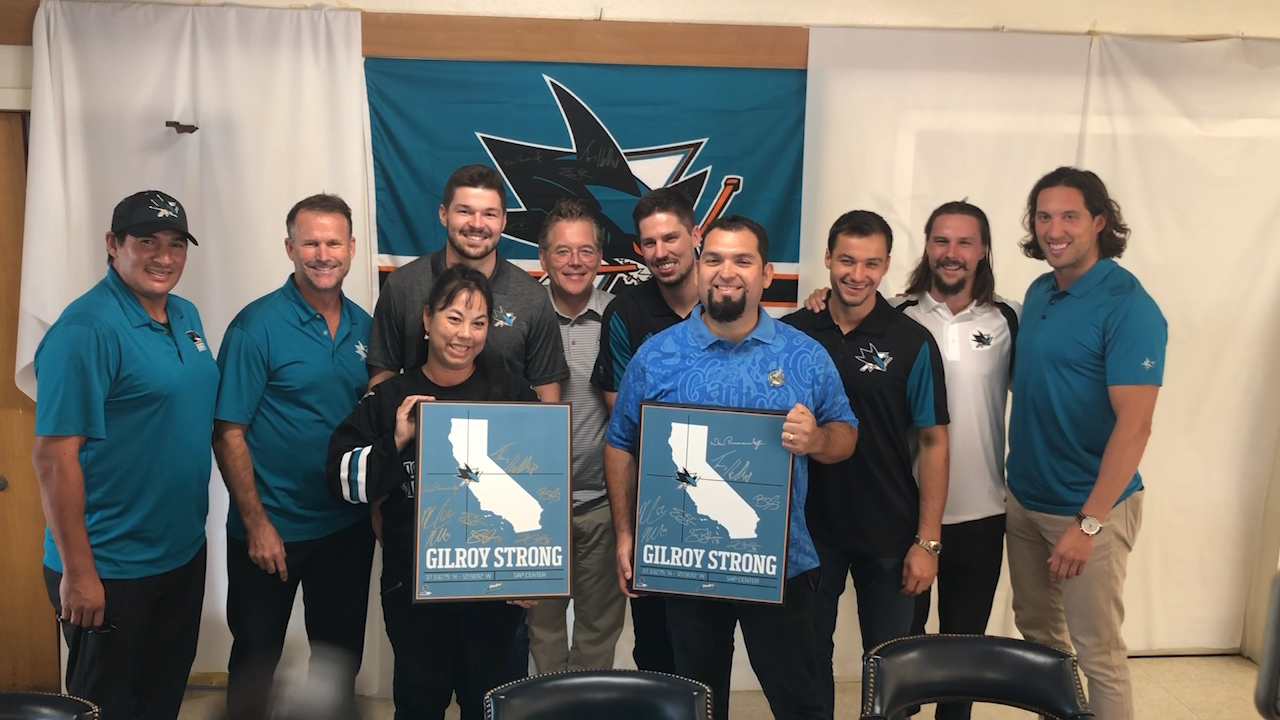 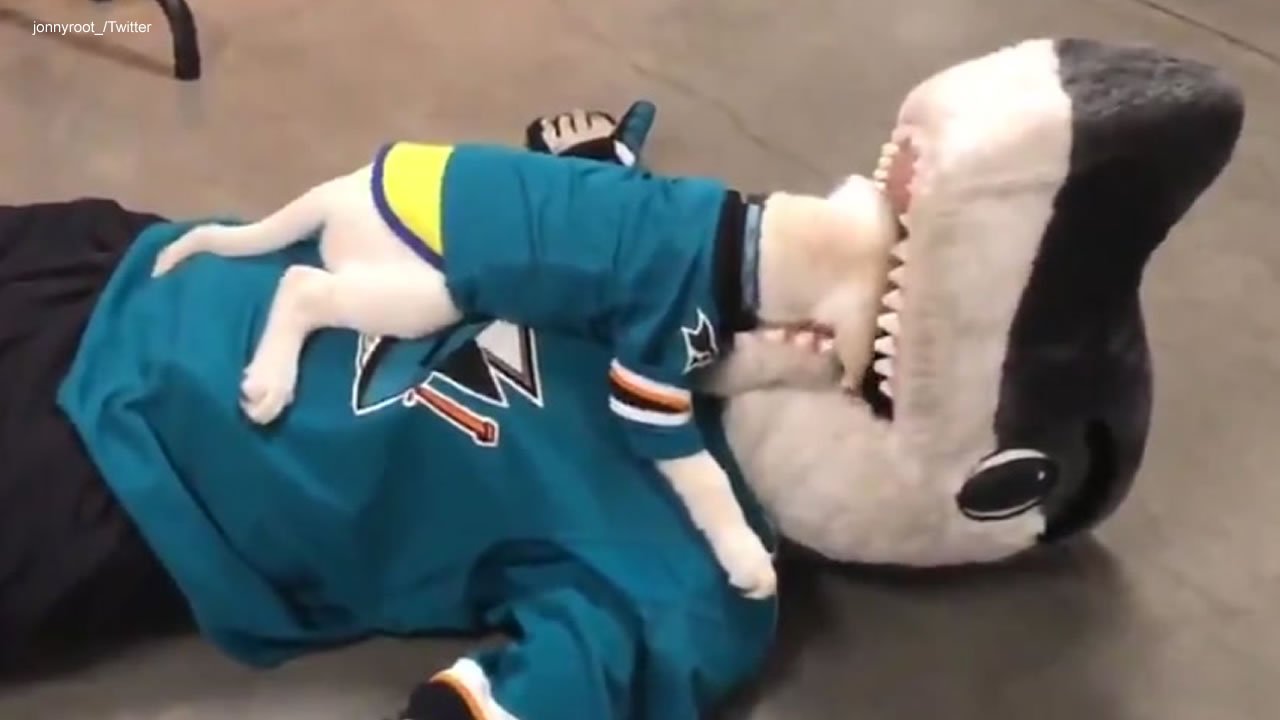 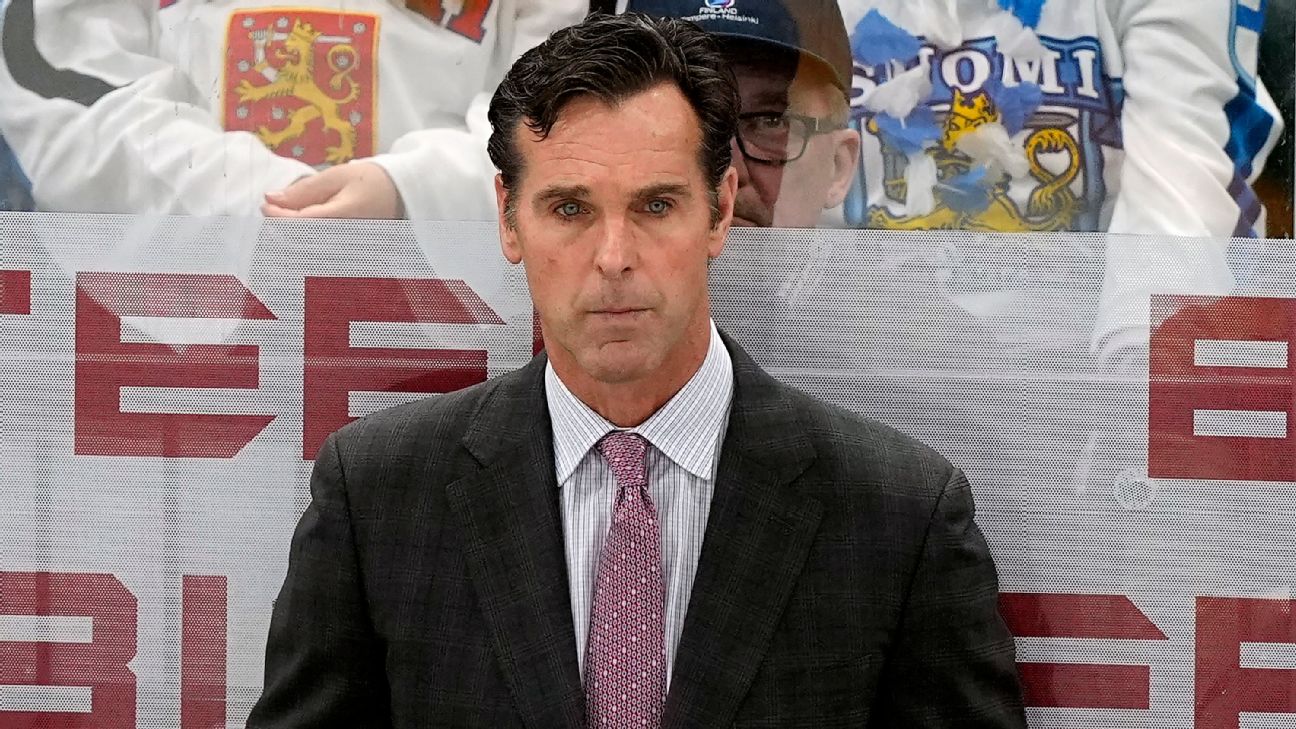 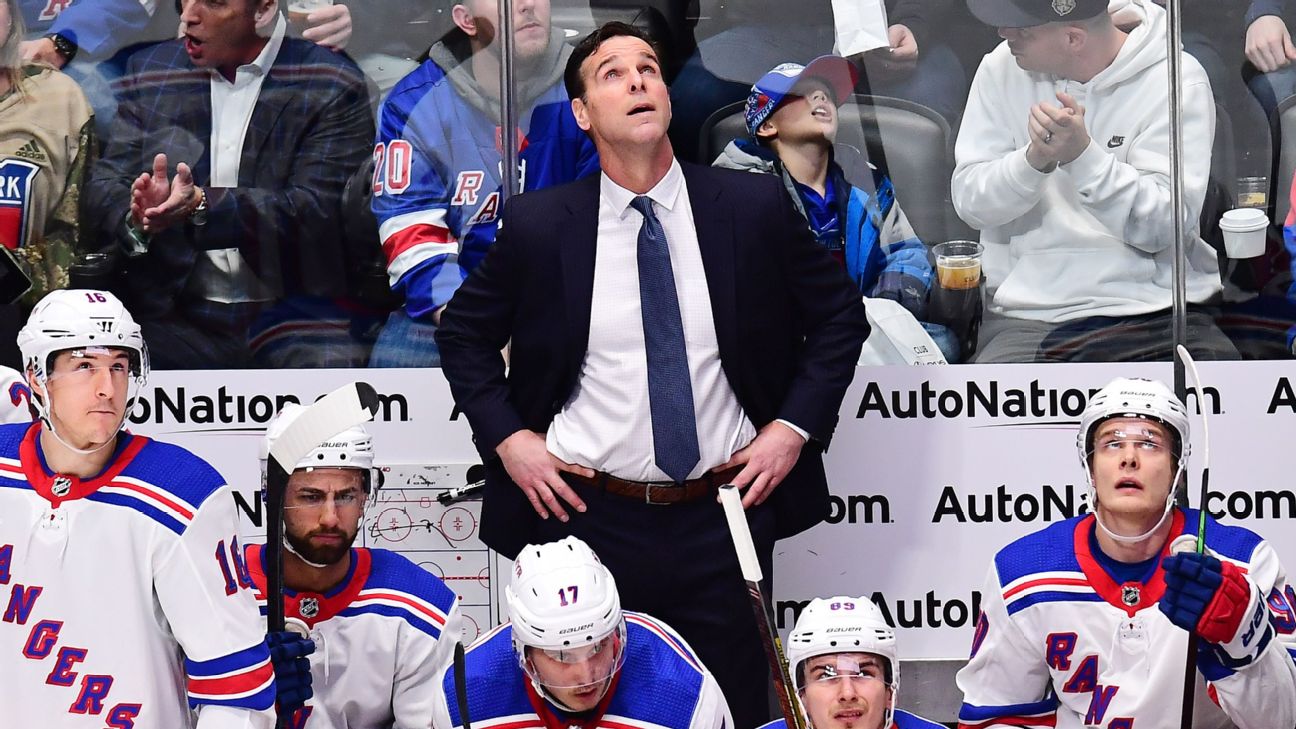 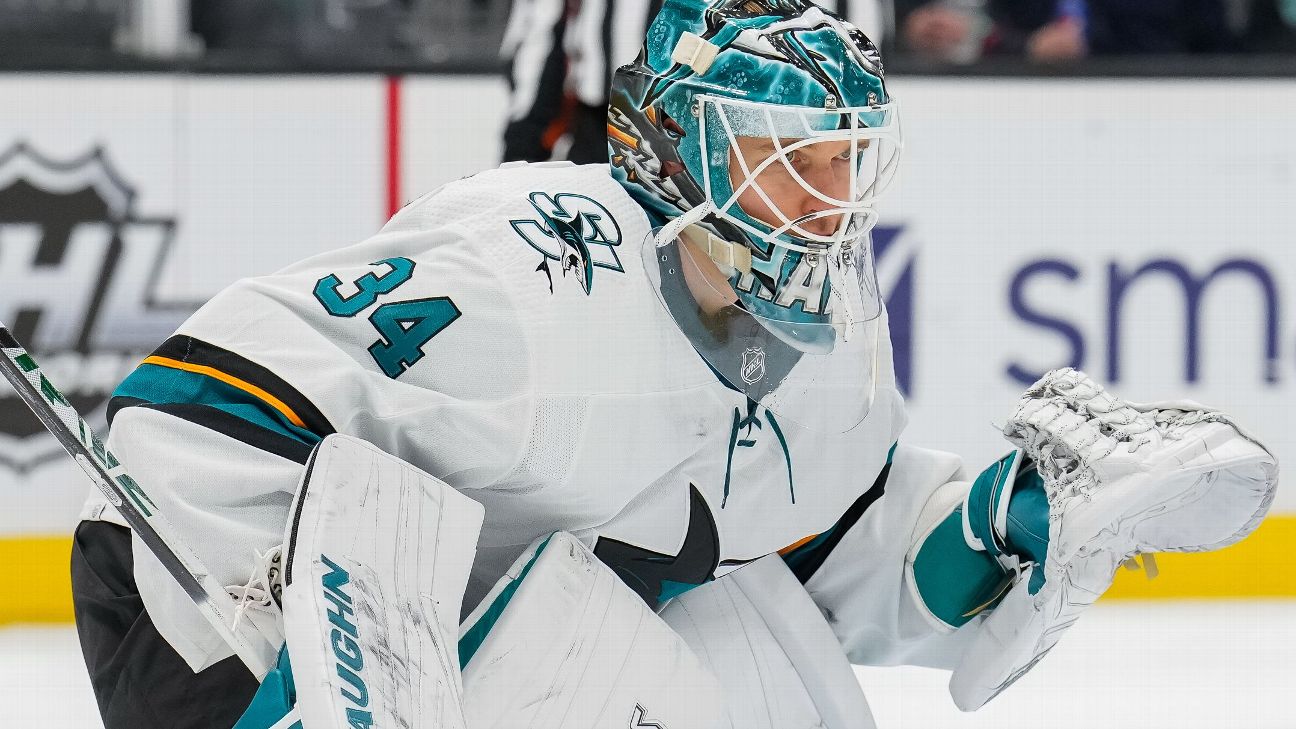 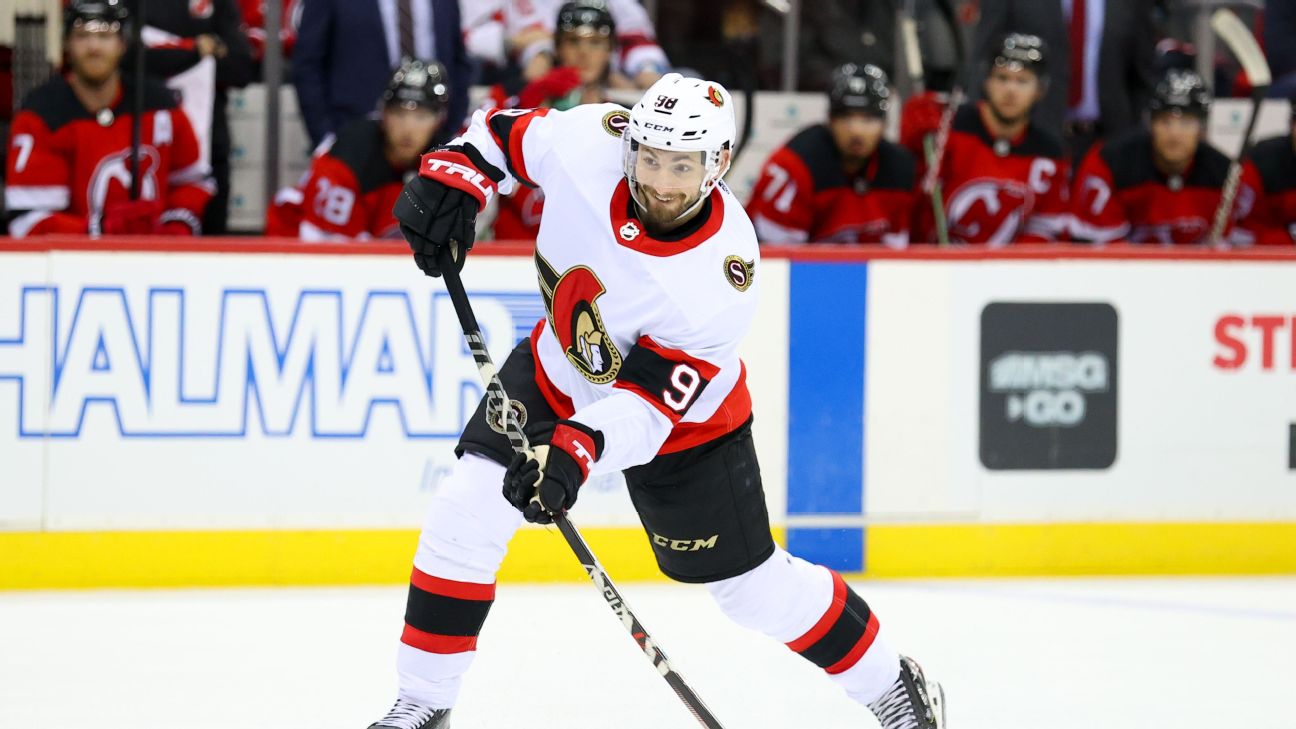