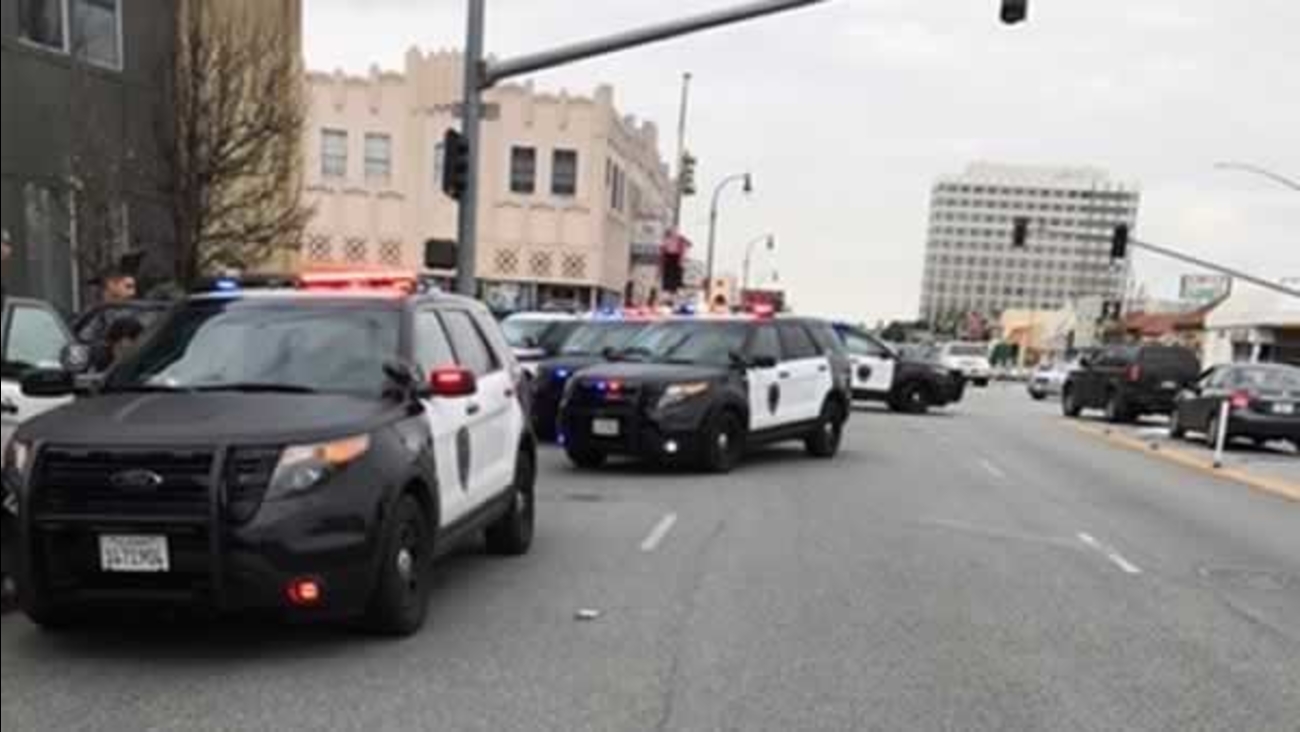 Police respond to the scene of an alleged pipe bomb in San Mateo, Calif. on Wednesday, March 15, 2017. (Photo by SanMateoPD/Twitter)

SAN MATEO, Calif. -- An area of San Mateo where something that looks like a pipe bomb was found earlier Wednesday is safe, police said.

A bomb squad responded to the area near the 2600 block of South El Camino Real where the alleged pipe bomb was found, police said shortly after 12:20 p.m.