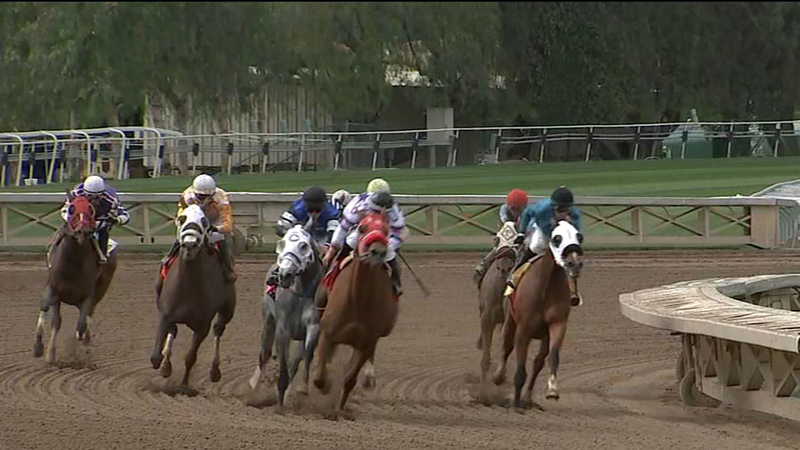 ARCADIA, Calif. -- Another horse died Saturday morning at Santa Anita Park, the 30th such fatality at the race track since Dec. 26, officials said.

The California Horse Racing Board confirmed that American Currency, a 4-year-old gelding, was injured while exercising on the main track at the Arcadia venue and then euthanized.

"This horse was not entered to run in any race, so therefore was not reviewed by the panel that was formed to review horses entered to race," a CHRB spokesperson said in a statement.


The horse's death occurred on the final weekend of scheduled racing for the current season at Santa Anita. The Breeders' Cup is set to be held at the race track Nov. 1.

The CHRB says before Saturday's death, the horse's owner -- Jerry Hollendorfer -- lost three other horses recently at Santa Anita and another two at Golden Gate Fields near San Francisco.

Both tracks are owned by the Stronach Group, which stated Saturday it has banned Hollendorfer from all its race tracks.

Animal advocates and some politicians are calling for an end to racing at Santa Anita or even a ban on the sport in California altogether.

Santa Anita has instituted a series of safety measures, including a new safety review team, to evaluate all horses set to race at the track and the Los Angeles District Attorney has created a task force to investigate the deaths.