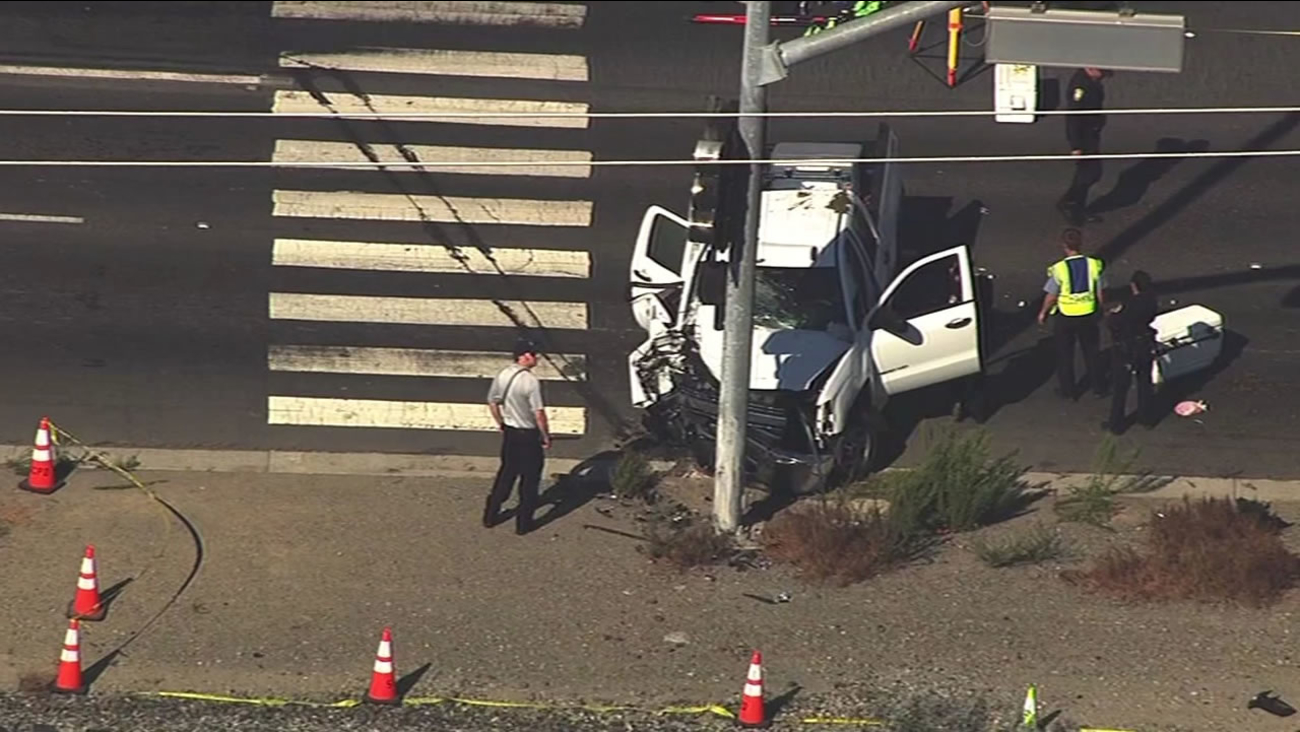 SANTA CLARA, Calif. -- A car crash near a major thoroughfare in Santa Clara killed a 15-year-old girl and injured five other people this afternoon, a police spokesman said.