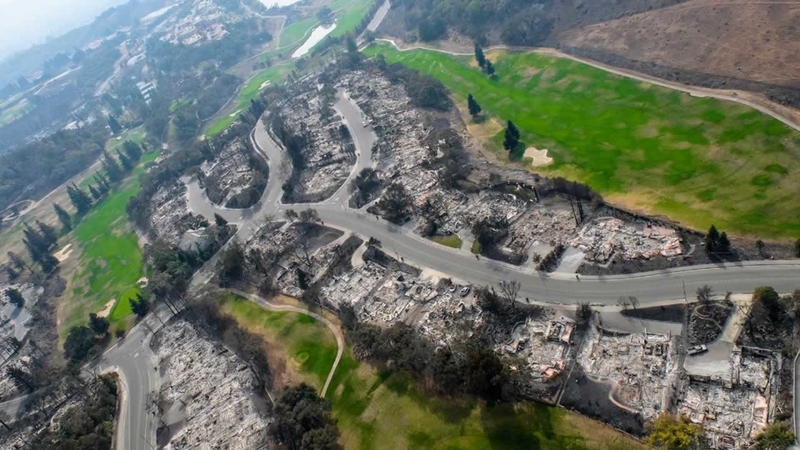 SANTA ROSA, Calif. (KGO) -- There was firefighting of the legislative kind in the auditorium at Santa Rosa City Hall on Friday.

"So, today we turn, once again, to the issue of wildfire prevention," said California Senator Jerry Hill, opening a traveling road show also known as the Subcommittee on Gas, Electric and Transportation Safety.

Hill, from San Mateo, along with Assemblyman Marc Levine from the North Bay and others, came to fire-scarred Sonoma County, asking what kind of laws the state might pass to prevent tragedies like the ones last fall.

"It is important to hear the responses from regulators," said Levine. "And we regulate regulators. If they are not responsive to protecting communities, we need to pass laws to make sure they do."

One such law might prevent utility companies from also distributing their products.

When a senate committee calls, the big names show up. On Friday, they included Public Utilities Commission president Michael Picker, who essentially told the panel that there is an effectiveness gap between passing legislation and the pragmatics of applying it.

"It is a big fight any time you try to do something," Picker said. "Somebody is disadvantaged, and they will use the legal system to slow it down."

For instance, the utilities themselves.

"These are statewide problems and we need statewide solutions," he told the panel.

Hogan said PG&E has been proactive both before and after the fires by cutting down potentially dangerous trees and installing circuit breakers in high-risk areas to reduce risk. He acknowledged these steps as being necessary in a state where fire season never ends.

"We are adapting to the new normal," he said.

Hogan is the only person who spoke Friday who declined our request for an interview.

PG&E still faces an investigation and legal action in connection with charges that its power transmission lines may have served as a fire source last October.