ABC7 News talked to the son of the woman who was injured in the Sausalito mudslide. According to him, she said she woke up "neck deep" in mud.

SAUSALITO, Calif. (KGO) -- ABC7 News talked to Brooks Gordon via Facetime in front of the debris he truly had to see to believe.

"I gotta be honest with you, I didn't realize the magnitude of what had happened until I actually watched the video," Gordon said. "After I had gotten off the phone with my mom who was at the hospital."

RELATED: Neighbors feel lucky to be alive after Sausalito mudslide

Gordon's 75-year-old mother Susan was sleeping in her Sausalito duplex with her cat Peaches when their home slid down a hill and into another house.

According to her son, Susan woke up neck deep in mud.

Susan was rushed to the hospital and later released. Amazingly, she walked away with just cuts and bruises.

Anyone in her predicament would be. First responders evacuated dozens of homes near the mudslide scene.

"Neighbors were running up and down the street trying to get out," Steven Barber, an evacuee said.

As of 5 p.m. on Thursday, people were allowed back into their homes. However, work crews red-tagged six properties, which means they're not safe.

Zach Garza lives in one of the red-tagged structures. He recorded a video from his balcony as he returned home to grab a few items. It looks like there's a giant hole next to his home. He said the mudslide sounded like a freight train.

"Right next to our bedroom," Garza said. "Almost on top of the house-- it felt like something was crashing down."

Garza is staying on a friend's couch in Novato for now. At this moment, like Gordon, he's simply feeling thankful.

Gordon lost everything she owned in the mudslide. If you would like to help her, you can access her GoFundMe here 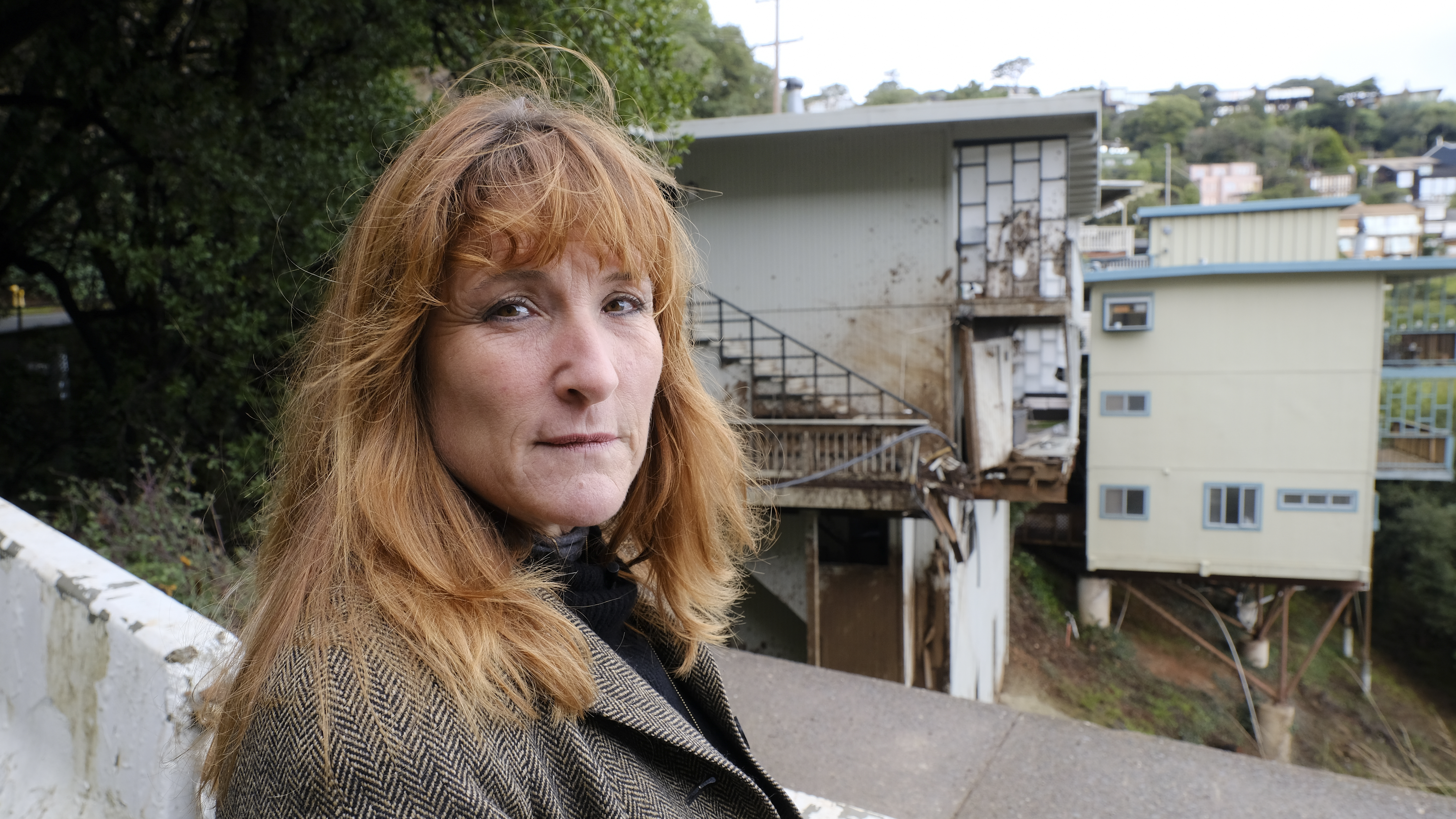