In the North Bay, the giant-sized clean up of last winter's storm damage in just beginning in one neighborhood.

SAUSALITO, Calif. (KGO) -- In the North Bay, the giant-sized clean up of last winter's storm damage is just beginning in one neighborhood.

The remains from a massive landslide which destroyed several homes are finally being removed in Sausalito.

Engineers are doing last-minute checks at the site, that's now off-limits. A giant excavator is standing by to remove the debris, longer than a football field.

The massive pile of mud has been here since last Valentine's Day when a ferocious winter storm unleashed a landslide from the top of Crescent Avenue.

"I was looking at debris and heard her call for help," said homeowner Ted Maher.

Maher heard those calls for help from homeowner Susan Gordon after she somehow survived the mudslide while asleep in her house. Her home was carried off its foundation and smashed to bits. Gordon spoke days later.

"My life is gone, I have to build from here, every day is a new day," said Gordon.

Maher says he feels lucky, but wants all this debris to be gone.

"I'm very grateful our house is still here, but it's frustrating though," Maher added.

Sausalito Dept. of Public Public Works Director Kevin McGowan says It's taken so long to remove the debris mostly due to funding delays from FEMA.

Now, the worry is rain, likely not far away.

RELATED: Some residents say they are still locked out 6 weeks after Sausalito mudslide

"We're always concerned with the rainy season, we're talking with the contractor addressing rainfall, filtering the water coming off the site and making sure it doesn't cause any problems downstream," said McGowan.

The removal process is expected to last approximately 90 days. 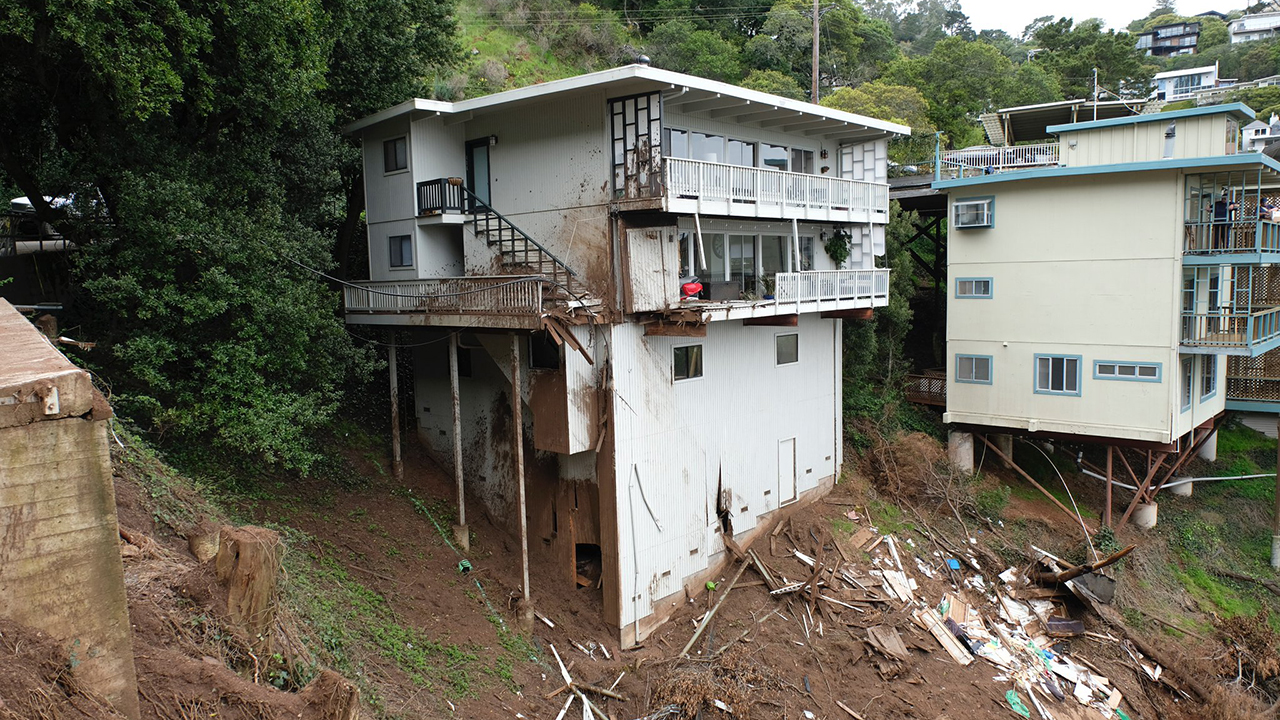