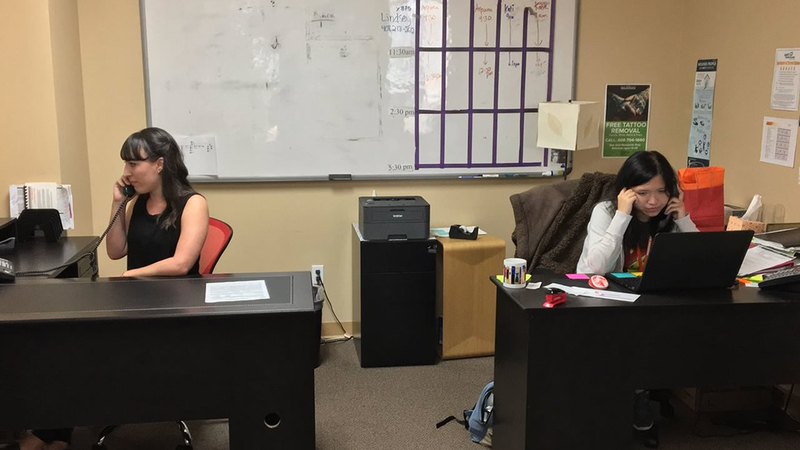 
TAKE ACTION: Get help with sexual assault, rape and abuse

The phone lines at the YWCA Silicon Valley have been busier than normal. Crisis counselors have been taking calls from sexual assault survivors.

"Counseling and therapy is one of the first resources that we see survivors wanting," Alex Richardson, crisis intervention manager at YWCA Silicon Valley. "They want to be able to have a safe person to share that story with."

A South Bay crisis hotline center @ywcasv has received an uptick in calls from sexual assault survivors following Ford’s testimony before the @senjudiciary committee. Find out the resources they have available on @abc7newsbayarea at 6pm. pic.twitter.com/LAyk24kPR1

Richardson says they've seen a steady increase in callers following Christine Blasey Ford's testimony before the Senate Judiciary Committee. She says watching Ford share her story of sexual assault on the world stage could have given other survivors the courage to come forward to get help.

"One of the hallmarks of trauma is that when we see something like that happens or you hear a story that resonates with something that maybe you experienced, that that can bring up some of those emotions or experiences again."

The San Jose center offers a full range of services, including emergency shelter and legal advocacy to women who've been sexually abused or assaulted.

On their walls are messages of support to survivors who have been helped.

Richardson advises that the best thing to do if a survivor wants to share their story is to listen.

"First and foremost that we believe them. That we're here, that we'll support them in any way that we can," said Richardson.

For more on the resources available at YWCA Silicon Valley, visit this page.