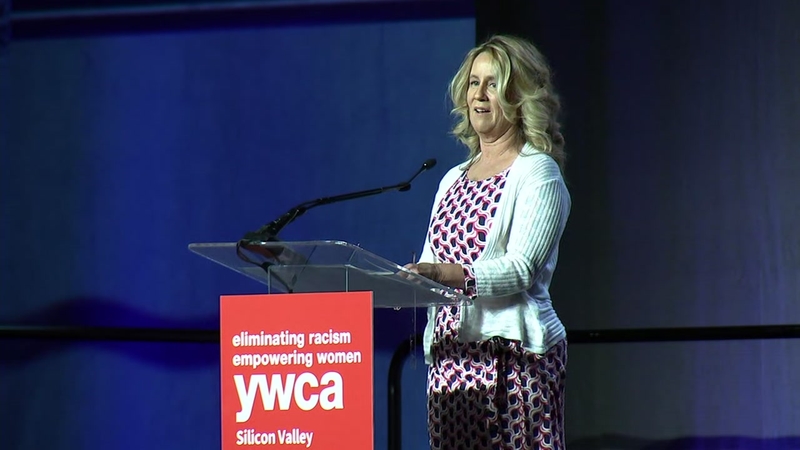 SANTA CLARA, Calif. (KGO) -- Known as one of the most powerful nonprofit fundraising events in the Bay Area, more than 1,800 civic, business, and community leaders gathered Wednesday afternoon for the YWCA Silicon Valley Inspire Luncheon at the Santa Clara Convention Center.

This year, the organization honored Dr. Christine Blasey Ford as the recipient of the YWCA Silicon Valley Empowerment Award, which aims to recognize women in the community who are strong and resilient advocates and ambassadors for change.

Ford gained national attention last fall when she testified before the Senate Judiciary Committee about being sexually assaulted as a teenager by now-Supreme Court Justice Brett Kavanaugh. Her supporters say her testimony gave voice to millions of survivors throughout the world.

RELATED: Blasey Ford shares how her life has changed after Kavanaugh accusations

The YWCA calls Ford, a former Palo Alto resident, a "champion" who has been dedicated to sharing her journey so that other women become empowered to do the same.

Legendary labor leader and civil rights activist, Dolores Huerta, will deliver the keynote address with the goal of inspiring the Silicon Valley community, according to the YWCA. Huerta co-founded the National Farmworkers Association, which later became the United Farm Workers (UFW). Past speakers have included Anita Hill, Elizabeth Smart and Billie Jean King.

Organizers say the funds raised through the event will help support the YWCA's community programs and services that annually serve more than 18,000 women and their families.