Prior to these recent charges Nathan Picco had previously been convicted of 15 burglary, theft-related felonies from 2002 to 2019.
KGO
By Stephanie Sierra 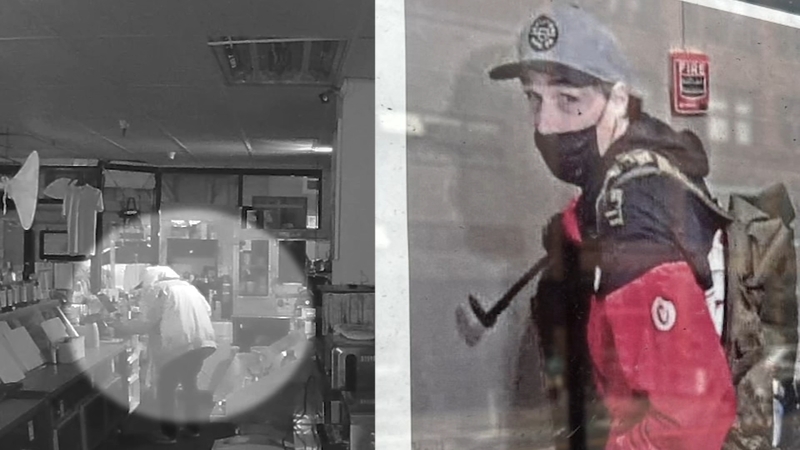 SAN FRANCISCO (KGO) -- A known repeat offender with an extensive criminal history of stealing from San Francisco businesses was charged with 16 counts of burglary and grand theft, but nearly all were dismissed, according to court documents.

Prior to these recent charges, the defendant, Nathan Picco, had previously been convicted of 15 burglary and theft-related felonies from 2002 to 2019.

"This person has made a career out of terrorizing this way," said Joshua James, staring at a picture of a smashed window on his property.

James is the owner of Ocean Beach Café in San Francisco's Richmond District. Surveillance footage captured Picco breaking into his café to steal cash out of the register on Jan. 2 last year.

San Francisco district attorney Chesa Boudin addressed a crowd of nearly 200 as his recall election is now less than three months away.

"How much did he get away with?" ABC7'S Stephanie Sierra asked.

What James didn't realize at the time is that burglary was near the end of an alleged crime spree spanning eight months targeting businesses across San Francisco, according to court documents. In total, seven businesses were burglarized - in some cases just days apart.
"I learned that he was a repeat offender at the highest level," said James. "What happens to him after that?"

The San Francisco District Attorney's Office told the I-Team they filed seven counts of 2nd-degree burglary, seven counts of burglary during a state of emergency, and two counts of felony grand theft.

But most of the charges were dismissed.

"As is the case in almost all plea deals involving multiple counts, the defendant pled to some, but not all, of the charges. In this case he pled guilty to 2 counts of second-degree burglary as well as additional enhancements," the DA's office wrote in a statement. "The plea deal's agreed-upon sentence was that Mr. Picco receive credit for the days he spent on jail on this case, take part in a residential treatment program and be placed on two years' probation."

This is the first time a group of survivors of violent crimes from across the Bay Area met in person with multiple district attorneys.

It's important to note, Picco's most recent 16 charges were also in violation of the terms of his release on another pending case.

So where is Picco now?

The DA's office says Picco is in custody in another county to clear an existing warrant. He will also be issued stay away orders, orders for restitution for all the burglaries, and be placed on electronic monitoring once he is placed in the program. If he fails to comply with any of the terms of his release, Picco faces up to five years and eight months in county jail.

"Mr. Picco's criminal history is exactly representative of the type of chronic re-offenders that we are dealing with in San Francisco that are not being held accountable," said Brooke Jenkins, a former San Francisco prosecutor who spent seven years with the DA's office before resigning last year.
Jenkins says she's one of 54 prosecutors who have resigned since San Francisco District Attorney Chesa Boudin assumed office. She says cases like Picco's remind her of why she left.

"We are seeing over and over again repeat and chronic offenders receive extremely lenient plea deals that are putting them in positions to re-offend," Jenkins said.

During a town hall in March, Boudin told supporters his office has continued to increase charging rates.

Boudin is facing a recall in nearly a month. He says his office has made an effort to be transparent about prosecution rates. As of Monday night, the data dashboard shows the DA's office has prosecuted around 44.5 percent of cases.

But Jenkins argues that number doesn't tell us the whole story.