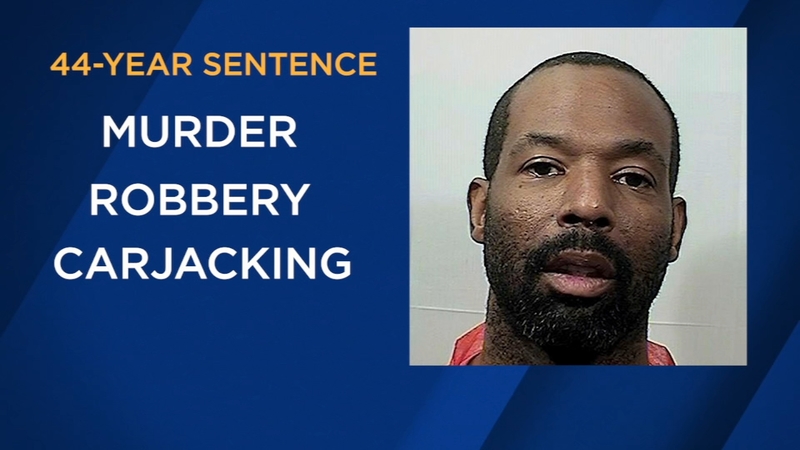 SF mayor's brother to ask for early release from prison

SAN FRANCISCO (KGO) -- San Francisco Mayor London Breed has been pushing for her brother to be released early from a long prison sentence for murder, robbery and carjacking. He has a resentencing hearing set for next week, and ABC7 News I-Team reporter Dan Noyes has been looking into the controversy.

Mayor Breed's brother, Napoleon Brown, has served half of his 44-year sentence for murder, robbery, and carjacking, and now his attorney, Marc Zilversmit, believes Brown should be released because the laws changed in 2019.

Napoleon Brown and an accomplice robbed the Johnny Rockets restaurant at Fisherman's Wharf. They crowded four workers into the basement and took $7,200 from the safe.

"The manager got a bump on his head when one of the suspects hit him because he wasn't opening the safe fast enough," said Inspector Michael Serujo in June 2000.

An undercover cop saw the men walking with a red bank deposit bag and get into a Ford Escort driven by Lenties White. The officer followed as they sped onto the Golden Gate Bridge, but they stopped on the bridge in the middle buffer lane, the driver's door opened, Lenties White fell from the car, and a drunk driver heading southbound ran over her.

Judie Pursell, SFPD Homicide in June 2000: "The victim who was struck on the bridge perhaps was thrown from the vehicle. We do have a strong suspicion that it was an intentional act."
Reporter: "That she was pushed?"
Pursell: "Yes."

There on the bridge, Lenties White was able to tell police, "S.B. threw me out of the car." She died later at the hospital. Napoleon Brown admitted "S.B." is his nickname, "Sonny Boy."

Just hours after the robbery and that incident on the Golden Gate Bridge, London Breed gave police an alibi for her brother.

Court records show Breed told police, "When she arrived at her grandmother's house around midnight..." - the time of the robbery - "... defendant was asleep on the couch."

But, as part of a plea deal, Brown admitted to being there for the robbery.

The mayor declined ABC7 News' request for an interview.

We also wanted to ask about the letter she wrote to Governor Brown in 2018 asking to commute her brother's sentence. For that, the San Francisco Ethics Commission fined her $2,500, saying Breed "violated a City law prohibiting the use of City titles for non-City purposes."

Her staff now says the mayor "has not had any communication with the District Attorney's Office or anyone else about the current resentencing process."

For that hearing, Napoleon Brown's attorney, Marc Zilversmit, explains that the new sentencing laws are only part of the equation.

"And the judge can consider his behavior in prison, which is mixed because you know, he's had addiction issues with such a long sentence. He did partake in a lot of programs in prison that were positive. So, it's a very mixed bag."

The I-Team also spoke to the victim, Lenties White's mother. She doesn't want Napoleon Brown to get out of prison early and will say that at the hearing next week.