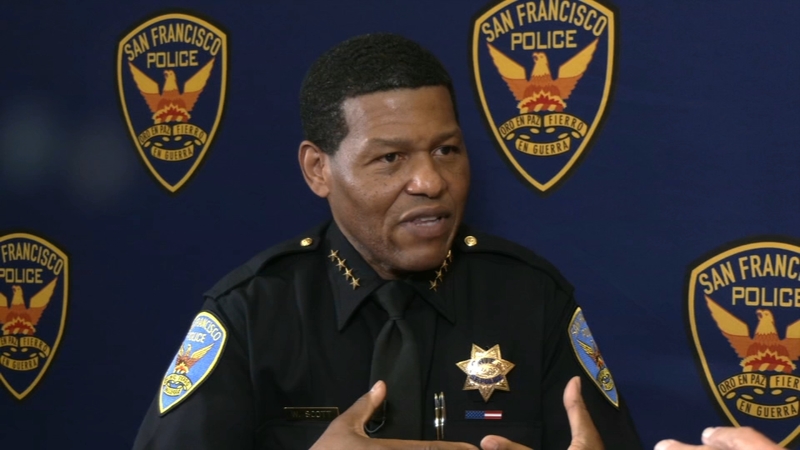 SAN FRANCISCO (KGO) -- San Francisco's police chief is defending his decision to back out of a mutual agreement that previously made the district attorney's office the lead investigator of all police use-of-force incidents including police shootings.

Chief Bill Scott worked to explain his reasoning to the San Francisco Police Commission, made up of civilians appointed by city leadership.

"I felt that you had directly attacked this commission's authority. The problem came because you blindsided us and now tonight you're bringing up all these incidents and are again blindsiding us," said San Francisco Police Commissioner John Hamasaki. That as Hamasaki questioned and stressed his frustration with San Francisco Police Chief Bill Scott. Questions on why the chief pulled out of an agreement that had made the district attorney's office the lead investigator of all police officer shootings and use-of-force incidents.

"I'm here to do a job, I've been told I'm not liked before, that's not what I came for. This important MOU provision was not followed by the SFDA's office as evidence was intentionally withheld and still to my knowledge being withheld," said Chief Scott.

Last week San Francisco District Attorney Chesa Boudin defended the MOU agreement. One that has been in place since previous D.A. George Gascon was in charge.

"I want to be really clear it was working," said Boudin.

Boudin says there were 14 fatal police shootings from 2015 to 2018. Since the MOU agreement was signed in 2019, Boudin says police killings have gone down dramatically.
Chief Scott though says a DA investigator recently testified in court that she was pressured to mislead police about the status of a criminal investigation against an SFPD officer. The chief says that the DA's office continues to be in violation saying, "It has failed to respond to multiple requests from SFPD investigators to take part in ancillary criminal investigations, as the MOU requires." The chief says this has caused a collapse of trust among officers.

"We have 2000 people that do this job, they should count for something and all you have to do is talk to them," said Chief Scott.

When asked about the investigator who said she was pressured by someone in the district attorney's office, the D.A. said last week he couldn't talk about potential pending HR issues.

Chief Scott says he did meet with Boudin Wednesday but they didn't come to an agreement.

The California Attorney General says his office is working with both sides, "to help them identify a pathway forward to enable their work to continue at the local level."