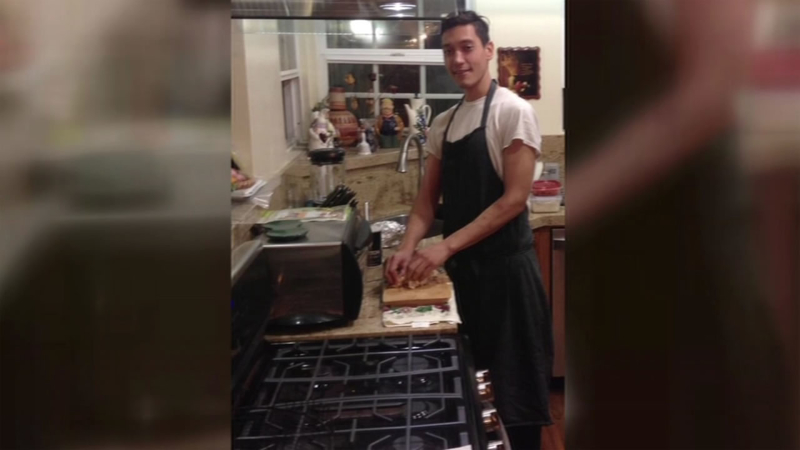 The San Francisco Police Department has ruled the death of 28-year old Frank Galicia a homicide.

Galicia's family is devastated. His older brother says he had been a line cook in Boston but was intrigued by the fusion cuisine in San Francisco. He moved back home to Los Angeles briefly while interviewing for the job at Son & Daughters. When he got it, his brother said he was ecstatic.

When Galicia wasn't playing music his older brother Louis says he was always in the kitchen.

"He was a kind spirit with a big heart. His way of connecting with the family was always making us a dish, making us dinner," Louis Galicia said.

"Things were finally going well for him. He found an apartment, he was dating a girl," Louis Galicia said.

Wednesday around 10 a.m. San Francisco police say someone discovered a body in a private stairwell at the Westfield mall.

"They have ruled it a homicide at this point," Louis Galicia said.

Louis Galicia can't think of anyone who would want to hurt his brother.

"He never wanted to be in any kind of altercation. He was the brother that went with the flow," Louis Galicia said. "We need to find whoever did this and bring them to justice. Any tips please, please, please report it to San Francisco PD."

"He was robbed of his life over something that I'm sure was petty," Louis Galicia said.

His plans for opening a restaurant with his older brother one day gone are gone as well.