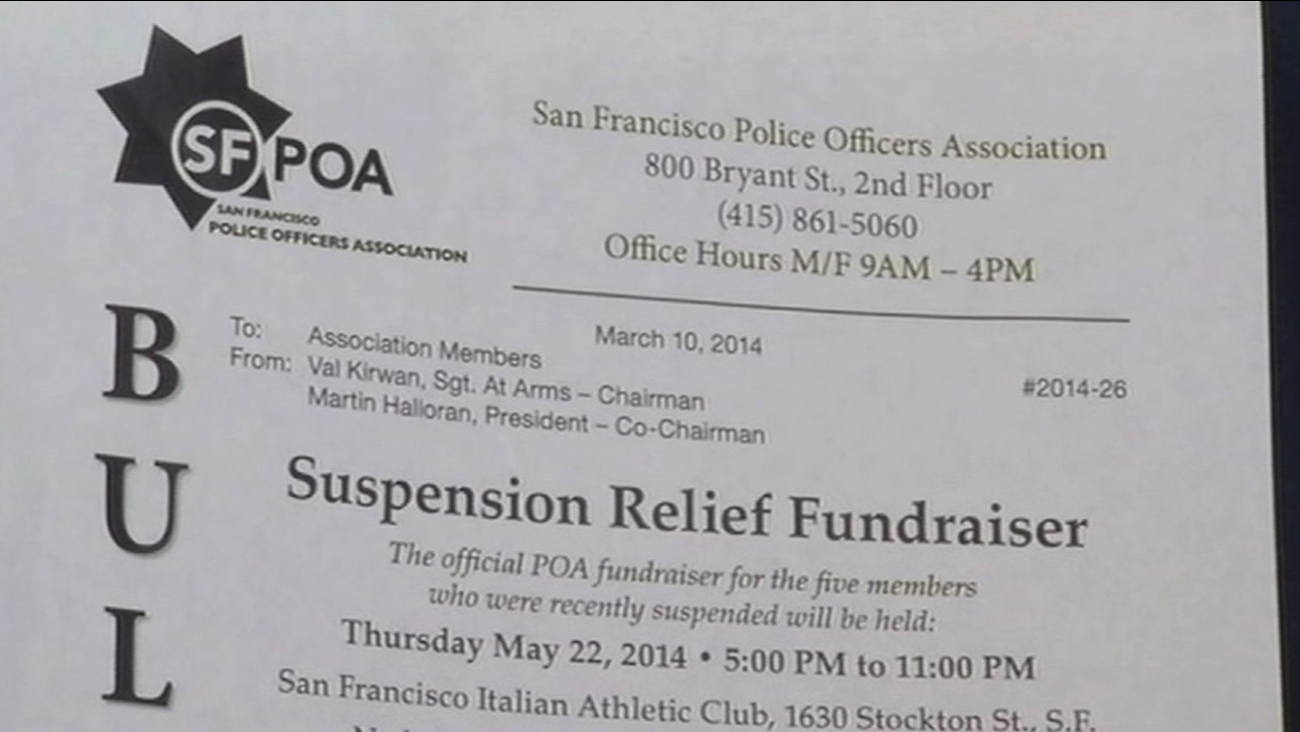 KGO
SAN FRANCISCO, Calif. (KGO) -- Some San Francisco police officers are coming to the aid of five fellow cops who were recently suspended without pay after being indicted on fed corruption charges.

Martin Halloran, the head of the Police Officers Association, talked with us exclusively about the fundraisers planned to help five fellow cops who are no longer collecting paychecks following federal indictments.

"They have mortgages and car payments just like everyone else," Halloran said.

Video taken from security cameras at low-income hotels is at the heart of the case against them. It has led to indictments on federal charges ranging from extortion to drug distribution. Chief Greg Suhr suspended them last month without pay, a move Halloran denounces.

"San Francisco is one of the only cities in the state of California that will suspend the officers without pay prior to due process," he said.

Matt Gonzalez worked on the case with the public defender's office and believes stopping the paychecks is appropriate given the indictments.

"There's a difference between just a mere accusation and then an accusation that's evidence supporting it," he said. "And evidence that has been vetted to a grand jury and even the evidence that prosecutors in San Francisco have seen."

The police union will pay the legal defense for a case that could drag on for months. Fundraisers, including one Thursday night at a Mexican restaurant called Don Ramon's will help with other bills

"It's my responsibility to see that they and their families are taken care of while this process proceeds," Halloran said.