"Everybody is shocked."
KGO
By Melanie Woodrow 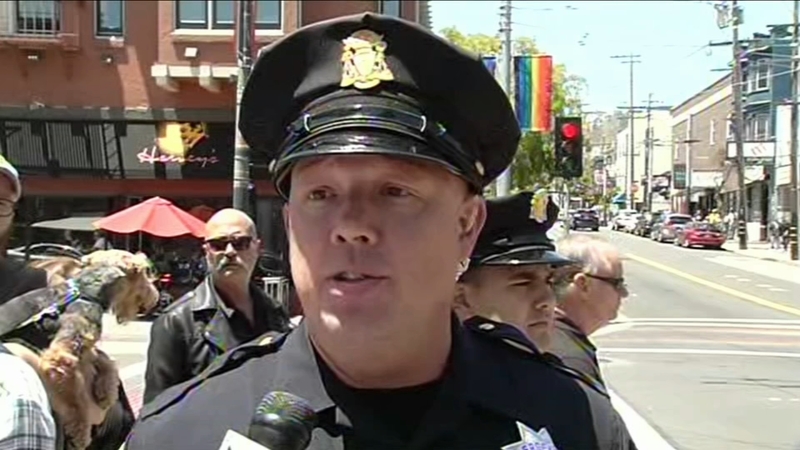 SAN MATEO, Calif. (KGO) -- A San Francisco police sergeant known for helping addicts get off the streets is accused of robbing a San Mateo Rite Aid as he battled his own prescription pain pill addiction.

San Francisco Police Sergeant Davin Cole has been with the department 27 years where he was known as a dedicated officer, husband and father, which is why his attorney says those who knew him are stunned at the allegations he's now facing.

"It's not something we hear about every day," said San Mateo Police Department Spokesperson Officer Alison Gilmore.

"It is my understanding that Sgt. Cole walked into a Rite Aid in San Mateo County armed with a weapon from my understanding that weapon is not his duty weapon, with a note demanded that he be given prescription medications, the ones that are the basis of his addiction and that upon leaving the store he was tackled to the ground by two San Mateo either sheriffs or police officers and arrested for the offense," said Brass.

"It was a secret," said Brass.

He says Cole's use of pain pills began in 2010 after a doctor prescribed them to him for a severe K9 bite. He provided pictures to the I-TEAM but did not know if they were of the same K9 that bit Cole.

An SFPD Spokesperson says Cole was assigned to the Field Operations Bureau and was placed on unpaid leave pending an internal investigation.

According to Brass, Cole was involved in the Healthy Streets Outreach Command and Law Enforcement Assisted Diversion program, where he helped those with substance abuse issues get off the streets.

"He was probably a sympathetic ear to a lot of addicts and really able to understand their struggle while also not being able to overcome the struggle himself," said Brass.

"They have sworn to uphold the law and they breach that the why question becomes paramount," said Wagstaffe.

When the I-TEAM asked the San Francisco District Attorney's office if they would be reviewing any of Cole's cases a spokesperson said, "We are looking into this."