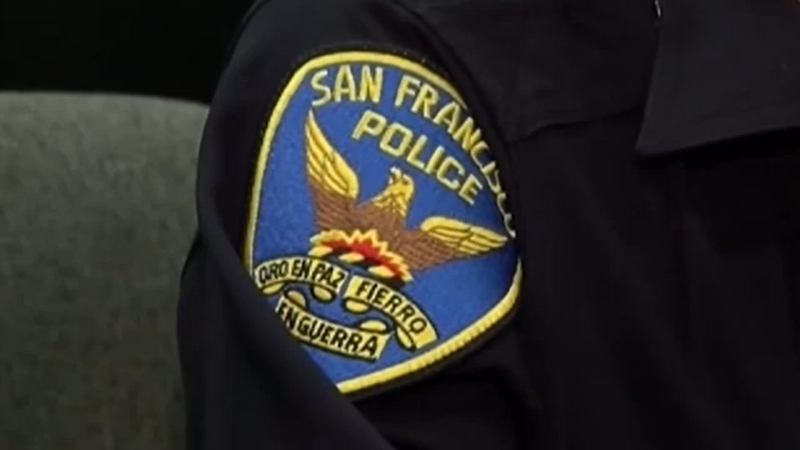 According to the department, staffing levels have been steadily declining over the past three years.

"The problem becomes we can focus on one or two things we have, we can't focus on everything," said San Francisco Police Chief Bill Scott. "Something's gonna give...that's where we are right now."

On average, 100 officers are either retiring, resigning, or being terminated from the department each year, according to a report released Wednesday.

"It's a competitive market right now and when you look at our applicant pool over the last five to six years. It's really, really decreased, significantly decreased," Scott said.

Chief Scott told ABC7 the department is implementing a new retention unit designed to help keep officers on the force. The unit will discuss creative ways to stay competitive with other departments offering things like better training, equipment, and higher salaries.

Salaries would have to be negotiated and would be part of the upcoming 2022-2023 budget that's approved by the Board of Supervisors and signed by the mayor.

"There was a time San Francisco had the most competitive salary...those times aren't any more," Chief Scott said. "We have cities that have better salaries, better bonuses, and better incentives to join their department and they are getting traction with that."

As the department struggles to stay competitive, neighborhoods across the city are impacted. Property crimes are going up. So far this year, larceny theft increased 29% and car break-ins increased 32%. Even 911 response times across all priority levels have increased in 2022.

Tracy McCray, the president of the San Francisco Police Officer's Association, shared her realistic view on the future of crime in San Francisco with ABC7's Stephanie Sierra last week. In short, McCray says these problems will be facing the city for the next decade.

"That's being real," McCray said. "That's giving you an honest answer. It is going to stay the same."

It's a grim outlook Chief Scott agrees with.

"Do you think the reality of crime here in San Francisco, as Tracy pointed out, is here to stay?" Sierra asked.

"I agree, in principal. Because we know officers matter," Chief Scott said. "When we have to address spikes of violent crime, you name the type of crime, the quickest way to impact that is to put officers where you're having problems."

But, as McCray pointed out, the department doesn't have the luxury of foot beats anymore -- where officers patrol major corridors in high-traffic areas to deter crime. And the declining number of academy graduates is only exacerbating the problem, compounded with around 25% of recruits don't make it through, according to Chief Scott.

"Some drop out on their own or they don't meet certain qualifications," Scott said.

The impacts of rising crime paired with staffing shortages is creating a domino effect, which is why both officers explain addressing these problems will be a long road ahead -- not to mention tens of millions of dollars over time.

"It will take years to fix this, if we even can," said McCray.

"We are doing our best with what we have," Chief Scott said, adding the department will continue fighting for more officers. "That's where we are right now."