'Honest answer': Here's why one of SF's top officers says crime is here to stay 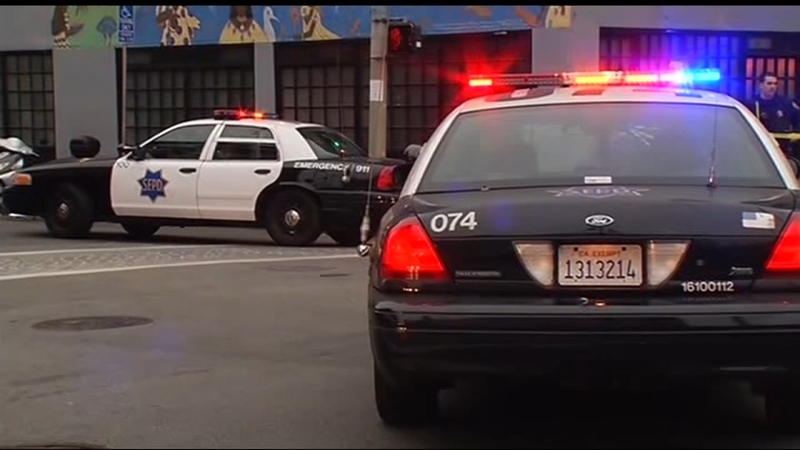 A grim reality of SF crime: It's here to stay for 'a decade'

Many living here ask -- what will it take for the city to change?

"To be honest with your viewers, people watching this, this is going to take years to correct this," said McCray. "If, we even can."

"Are you tired of it?" ABC7's Stephanie Sierra asked.

There's been a 32-percent increase in car break-ins so far in 2022 -- where property was stolen inside, according to data from the San Francisco Police Dept.

Call it the price of parking in San Francisco. It can happen to any of us - even Lt. McCray.

In the past couple weeks, McCray went to visit a family member in the ER and parked her car at the corner of Franklin and Post. She locked her doors and left nothing in sight. But, a mere 30 minutes later she came back to her windows smashed.

"I knew instantly it was broke, shattered," she said. "So frustrating."

The real question is: what can we do about it?

"There is nothing you can do, it's really just the luck of the draw," McCray said. "That's what it feels like."

And many have been unlucky so far this year. Aside from vehicle break-ins, SFPD reports a 29-percent spike in larceny theft.

"Crime is going up," said Furlishous Wyatt, the security service manager for SF Safe, a crime prevention and education program that works with SFPD. Facing heightened demand for services, Wyatt says these "groups" of criminals have been targeting one neighborhood at a time.

"We'll find one or two burglars that are usually teamed up working a specific area," said Wyatt.

Wyatt says some suspects may be tied to as many as 100 to 120 burglaries targeting one area.

It's a dose of reality on a growing problem.

Chief Scott wasn't available to speak directly about these issues, but has expressed concern in the past about both staffing shortages and slow response times the department is facing.

In videos posted to the department's Facebook page, Chief Scott referenced a report compiled by the Matrix Consulting Group that found SFPD's Priority C response times were "highly abnormal" and among the worst they've seen nationwide.

A birthday celebration turned into a nightmare for a San Francisco woman after she was assaulted in an unprovoked attack at Ocean beach.

"We think that's unacceptable and we hope you do to," said Chief Scott in the video. "We know we can do better."

Chief Scott says the main challenge stems from staffing levels, which sit 20-percent below the standard.

The 'reality' of SF crime

"Is it fair to say, we should just expect this as our new reality?" Sierra asked.

"Yes. That's being real. That's giving you an honest answer," said McCray. "It's going to stay the same."

As the department faces more crime with fewer resources, McCray says it will only get more challenging. She says the department is already down at least 500 officers and recruitment is struggling.

Data released from SFPD shows this February, police didn't meet the eight minute response time standard for priority A calls - which are life-threatening emergencies. But, McCray says the response time from when an officer gets a call to arriving on scene should be under three minutes.

The lag time is having a domino effect.

It's a crisis McCray believes the city will continue to struggle with for at least five to 10 years.