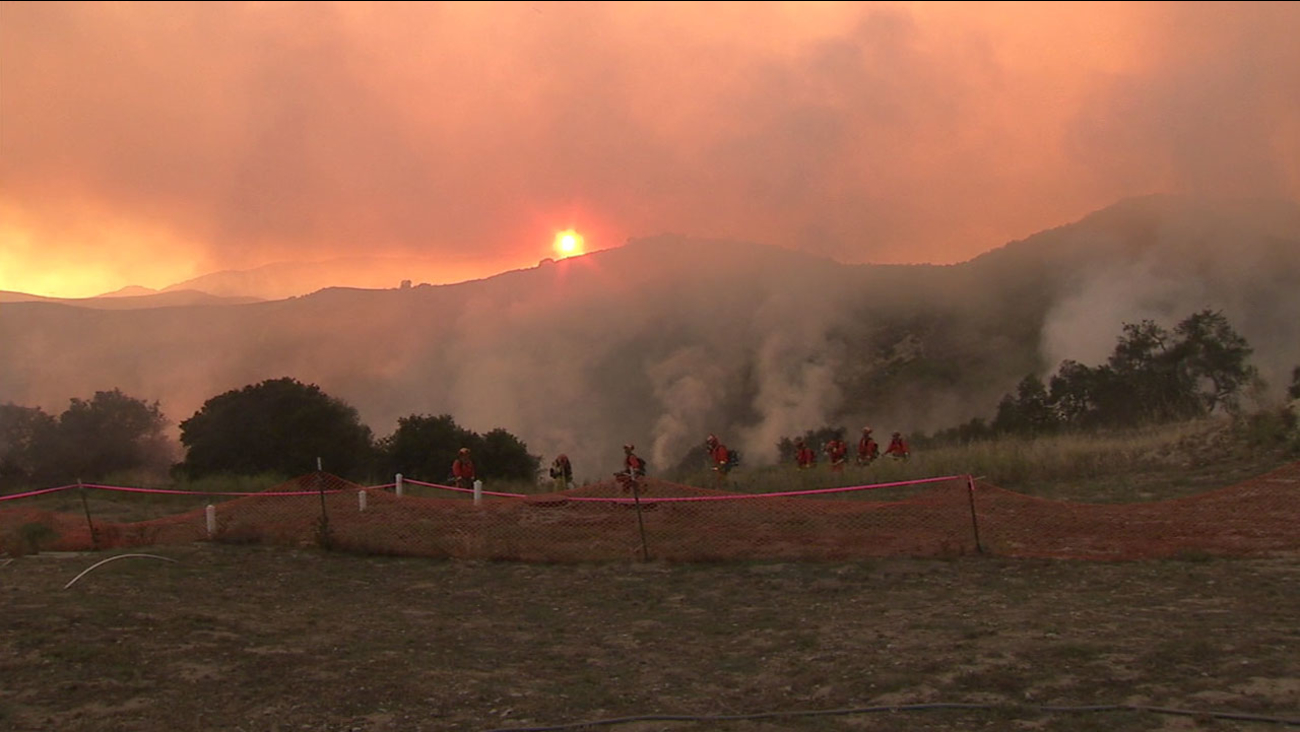 GAVIOTA, Calif. -- A wind-driven wildfire in Santa Barbara County, dubbed the Sherpa Fire, has charred more than 7,811 acres as of Saturday evening and is 45 percent contained.

The National Weather Service has also issued a red-flag warning for mountain areas of Santa Barbara County on Sunday through Tuesday, meaning the humidity, heat and winds will make fire even more susceptible to spreading in that area.

Rounds of gusty sundowner winds have made the firefight tougher for the more than 1,200 firefighters working on the ground and in the air to quell the flames. The steep and rugged terrain of the hillsides has also made it difficult.

The blaze rages on amidst a heat wave in Southern California, which could make firefighting conditions even worse as temperatures reach the high 90s during the weekend.

The Sherpa Fire broke out Wednesday afternoon, quickly spreading from 50 acres to more than 1,100 by Thursday morning. It has prompted mandatory evacuations of roughly 400 homes and ranches in the area, and authorities said 270 structures are threatened.

Twice on Thursday the fire also caused the closure of the 101 Freeway in both directions along the Gaviota coast between the cities of Buellton and Goleta. It was reopened early Friday morning and authorities have not attempted to close it down again, but that could change depending on the conditions.

There are 1,230 firefighters battling the blaze from multiple agencies as well as 83 engines, 33 hand crews, nine dozers and four water tenders, according to officials.

Campers displaced by the Sherpa Fire were encouraged to find shelter at Cachuma Lake, which is located off Highway 54 in Santa Ynez. For reservation information, visit http://www.countyofsb.org/parks/reserveinfo.sbc.

Residents who need assistance with animals should call (805) 681-4332. Shelter for large animals is available at Earl Warren Showgrounds at 3400 Calle Real.